The quarterly Fulbright Reflections series at Te Papa provides a unique opportunity for the public to personally meet New Zealand alumni of the Fulbright and related NZ-US exchange programmes, who will share their ideas about New Zealand’s place in today’s global world on the themes Toi – The Arts; Te Whenua – The Land; Te Moana – The Ocean; and Amerika.

The third instalment, Te Moana – The Ocean, will feature three New Zealand alumni sharing their personal stories of passion, inspiration and thought leadership in topics concerning the ocean. They will engage with the audience in discussion and you will get to know these remarkable New Zealanders as people. These personal reflections will have wide appeal to people of all ages and interests. 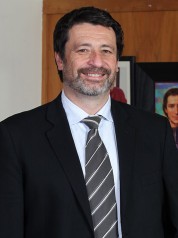 Peter Te Matakahere Douglas (Ngāti Maniapoto) has been working to advance Māori interests in the marine environment as Chief Executive of Te Ohu Kaimoana – The Māori Fisheries Trust since 2004. He previously held senior roles in a range of government departments including the Ministry of Social Development, the Department of Child, Youth and Family Services, and the Department of Prime Minister and Cabinet. He has been a senior manager in Business Banking for Westpac and started his career as a Social Worker in the Department of Social Welfare in the 1980s.

Peter received a Harkness Fellowship in 1993 to complete a Master of Public Administration degree at Harvard University’s John F. Kennedy School of Government in Cambridge, Massachusetts. 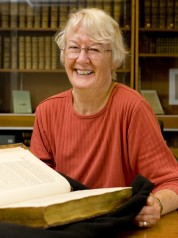 Joan Druett is an independent maritime historian and award-winning writer. In 1984, she discovered the grave of a young American whaling wife, and since then her life has been devoted to writing about unusual voyagers under sail, including women, children, and the Polynesians captains picked up to boost the numbers of their crew. Tupaia, the trail-blazing Tahitian who sailed with Captain Cook on the Endeavour, is the latest traveller to catch her imagination and the subject of her book Tupaia: The Remarkable Story of Captain Cook’s Polynesian Navigator (Random House).

Joan received a Fulbright Visiting Writer’s Fellowship in 1986 to research 19th Century women whalers in the Pacific, at maritime museums and libraries in the eastern seaboard of the United States and Hawai‘i. 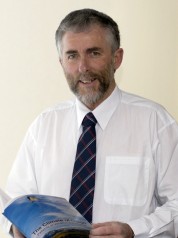 David Wratt is Chief Scientist (Climate) at NIWA – the National Institute of Water and Atmospheric Research, and Director of the New Zealand Climate Change Centre. His expertise includes climate and meteorology, climate change science and impacts, mountain meteorology and air quality. David is a Bureau member of the Intergovernmental Panel on Climate Change (IPCC) and Vice-Chair of the IPCC’s Working Group 1, which assesses the physical science of climate change. He was made a Companion of the Queen’s Service Order in the 2012 New Year Honours, for services to science.

Join these Fulbright alumni at the Te Papa marae on Sunday 26 August, and others on