The quarterly Fulbright Reflections series at Te Papa provides a unique opportunity for the public to personally meet New Zealand alumni of the Fulbright and related NZ-US exchange programmes, who will share their ideas about New Zealand’s place in today’s global world on the themes Toi – The Arts; Te Whenua – The Land; Te Moana – The Ocean; and Niu Amerika – America in a New Age.

The fourth instalment, Niu Amerika – America in a New Age, will feature three New Zealand Fulbright alumni sharing their personal stories of passion, inspiration and thought leadership in topics concerning the state and direction of the United States of America in the 21st century. They will engage with the audience in discussion and you will get to know these remarkable New Zealanders as people. These personal reflections will have wide appeal to people of all ages and interests.

Paul Burnaby received a 2009 Fulbright New Zealand Graduate Award to complete a Master of Science degree in civil and environmental engineering at Stanford University, where he was focused on the financial, economic and technical implications of a sustainable energy future. After graduating in 2011, Paul followed his twin interests in sustainable infrastructure and international development to work on various World Bank projects in Washington, DC.

Having recently returned to New Zealand, Paul is a Senior Associate in the Bank of New Zealand’s Energy, Utilities and Infrastructure advisory team. He is focused on maintaining momentum in infrastructure investment and social entrepreneurship, and is also plugging into the small but burgeoning New Zealand entrepreneurial space.

Roy Ferguson received a 1972 Fulbright New Zealand Graduate Award to complete a Master of Arts degree in international relations at the University of Pennsylvania. A career diplomat, Roy has served as both New Zealand’s Deputy Chief of Mission (from 1991-1995) and Ambassador (from 2006-2010) to the United States of America. He was Director of the Americas Division in the Ministry of Foreign Affairs and Trade from 2002-2005, during which time he served on the Board of Fulbright New Zealand. He was previously New Zealand’s Ambassador to both South Korea and North Korea. In 2010 Roy was recognised by the US Department State’s Bureau of Educational and Cultural Affairs as an esteemed Fulbright alumnus.

Roy is currently Director of the Department of the Prime Minister and Cabinet’s Intelligence Coordination Group. 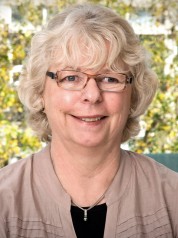 Rae Nicholl received a 2001 Fulbright-American Political Science Association Congressional Fellowship to research women in American politics at American University in Washington, DC and work in the office of a Congresswoman in the US House of Representatives. She arrived in the US two weeks before the September 11 terrorist attacks and witnessed the effects of those events on the American government and people. Rae is a political scientist whose research interests have focussed on women’s political achievements and the tools they can use to achieve their political goals.

Following six years at the University of the South Pacific based in Suva, Fiji, Rae now teaches Politics and Government to international students at Victoria University of Wellington.

Join these Fulbright alumni at the Te Papa marae on Sunday 4 November.