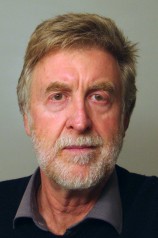 Laurence Aberhart received a 1988 Fulbright New Zealand Cultural Development Grant to take photographs and visit cultural institutions on a road trip from Chicago through the Southern states of the US to the border town of Laredo, Texas. He received a second award, a Fulbright New Zealand Senior Scholar Award, to travel and photograph the Eastern Seaboard states in 2010.

Laure¬nce has been at the forefront of New Zealand photography since the late 1970s, and is recognised as a major international figure. His signature images are black and white photographs of landscapes, facades, monuments and interiors, taken with an antique, large-format slide camera. Since his first trip abroad as a Fulbright scholar in 1988, Laurence has travelled and photographed widely, including visits to France, Japan, Macau and Antarctica.

A major touring exhibition of more than 200 of Laurence’s key works (including from his first Fulbright exchange to the US) was developed by the City Gallery Wellington and Dunedin Public Art Gallery in 2007, and an accompanying book, Aberhart, was published by Victoria University Press. 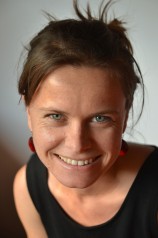 While in the US, Briar made four short documentary films – Michael and His Dragon, about a young Iraq war veteran suffering from post-traumatic stress disorder; Sik Wid It, about an energetic American street dance called Turf; Promenade, about America’s iconic coming-of-age ritual, the high school prom; and Smoke Songs, about a Native American punk rock band.

Briar’s films, including feature length documentaries Allie Eagle and Me and There Once was an Island: Te Henua e Nnoho, have been exhibited in film festivals, released in commercial cinemas and broadcast on major television networks around the world. She has received more than 30 international awards for her filmmaking, including the prestigious SPADA New Filmmaker of the Year Award, and a Qantas Film and Television Award for “Best Editing” in 2010.

Briar currently works for Attitude Pictures making documentaries about people living with disabilities, and is developing a documentary about state housing for broadcast on Māori Television. She shares the production company On the Level Productions with Lyn Collie. 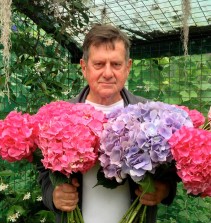 Another of New Zealand’s leading contemporary photographers, Peter has been exhibiting photographs in New Zealand and overseas since the mid-1970s, after first picking up a camera in his early thirties.

Originally working solely with black and white film and often a plastic Diana camera, in more recent years he has favoured digital colour imagery. His works are widely collected and are held in major art museums in New Zealand and internationally.

Peter was appointed as an Officer of the New Zealand Order of Merit (ONZM) for services to photography in 1997, and was one of five recipients of $50,000 Arts Foundation Laureate Awards in the inaugural round of the awards in 2000.

Join these Fulbright alumni at City Gallery Wellington on Saturday 20 July, from 2:00-3:30pm, as they discuss America Through a New Zealand Lens.

This event coincides with the gallery’s major exhibition of works by American photographer Gregory Crewdson, which explore “the dark heart of contemporary Americana”. Working like a film director, Crewdson creates elaborate scenarios using sets, actors, and full production crews, blurring the photographic and the cinematic to illuminate the darker side of the American dream.