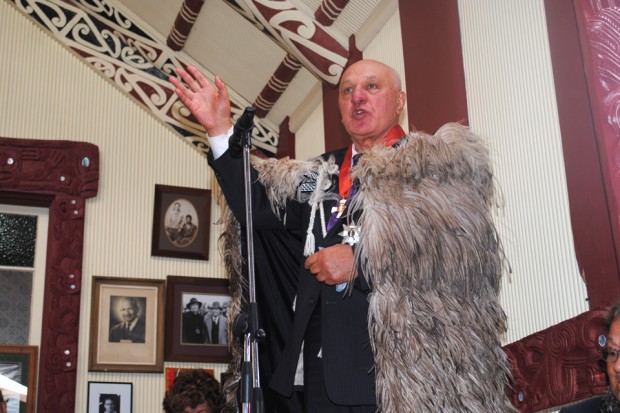 The Fulbright New Zealand Alumni Association invites you to a free public lecture by Fulbright alumnus Sir Tamati Reedy (Ngāti Porou), an educationalist, academic, linguist and former top public servant who will reflect on nationhood in Aotearoa New Zealand, Māori-Pākehā relationships and the role of Māori in the future of our country. Sir Tamati was the founding dean of The University of Waikato’s School of Māori and Pacific Development. He later became the university’s founding Pro Vice-Chancellor Māori, and its first Māori emeritus professor.

“The Māori goddess Hine-kauorohia allows us to look into the stillness of her reflecting waters to see the past with clarity, gaze at ourselves in the shimmering present, and with a finger-touch, fathom a ruffled glimpse of the future.”

“The mauri, the life-essence, of Aotearoa New Zealand is our sense of nationhood. What is it? Who says so? I will focus on the themes of our history – Māori and Pākehā – reflecting on the hopes and promises of our partnership under the Treaty of Waitangi. I will comment especially on themes of our relationships: economic (land and people), socio-cultural (the realities of race-relations, identity and democracy), educational (the way to advantage), political (levers of power and privilege) and of course, my place as Māori in the future Aotearoa New Zealand.”