Fulbright New Zealand this year celebrates 65 years of educational and cultural exchange between New Zealand and the United States of America. Since the founding of New Zealand’s Fulbright commission by bilateral treaty on 14 September 1948, more than 3,000 New Zealanders and Americans have benefited from exchange grants to each other’s countries, and have contributed to the success of the two partner nations and mutual understanding between them.

This year we have organised a programme of activities and events to celebrate this auspicious occasion, to raise the profile of Fulbright New Zealand, and to fundraise for additional awards.

Alumni and supporters attended expanded annual events in Washington, DC in May and Wellington in June, and in the anniversary month of September we held gala dinners in Auckland and Wellington. Alumni contributed art works for an auction, and 15 works were sold on the web and at the dinners. Proceeds from these events are going towards fundraising efforts for future Fulbright awards.

A major fundraising drive is aimed at establishing an endowment to fund one additional graduate award per year in perpetuity. Fulbright alumni, who have themselves experienced the life changing benefits of an exchange abroad, have been asked to donate or bequest to the endowment as a gesture of their gratitude to the Fulbright programme. The Fulbright New Zealand Board of Directors committed funds to seed the endowment and together with donations received to date the Trust has nearly NZ$600,000 toward the $1 million required.

Secure online donations can be made on our website. Please donate to help us provide more amazing opportunities.

The Board and staff of Fulbright New Zealand thanks grantees, alumni, stakeholders and supporters for joining us in marking this milestone, celebrating the remarkable achievements of the programme to date, and contributing to its healthy future. 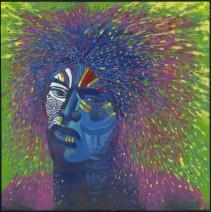 Part 1 – The history of the Fulbright relationship:

Part 4 – The future of the programme in New Zealand: