Alumni Voice: Douglas Pratt – The persistence and problem of religion

﻿Fulbright alumnus Douglas Pratt from the University of Waikato was a 2010 Fulbright Visiting Scholar in New Zealand Studies at Georgetown University’s Center for Australian and New Zealand Studies in Washington, DC, where he researched religious pluralism and extremism, Christian-Muslim relations and interfaith dialogue, and taught a course on religious plurality and the problem of extremism. These themes were the focus of Douglas’s inaugural professorial lecture at the University of Waikato in May, and in October he will give Fulbright lectures on the same topic in Auckland, Christchurch and Dunedin, details of which will be posted in the Events section of this website once they are confirmed. 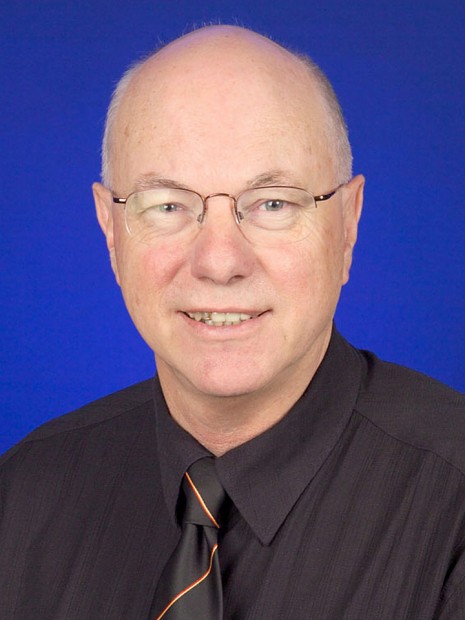 Your recent inaugural professorial lecture and upcoming Fulbright lectures are on the topic ‘The Persistence and Problem of Religion’. Is there any suggestion today of major religion(s) declining or dying out in New Zealand or elsewhere in the world?

No, quite the contrary. Certainly it is true that the census results in many countries, including New Zealand and Australia, show both an increase in individuals returning a ‘non-religious’ category, suggesting an overall decline in religious memberships. And for the most part there continues to be a fairly consistent decline in individuals identifying with the historically main religion of Christianity, at least in respect to many of its variant denominations. But for the most part these changes are recorded as percentages of the total population, not necessarily in terms of absolute numbers. Census data do not tell the whole story; even an adequate one. Such data may indicate an interesting sociological trend, but it tells us nothing about the vitality and so the persistence of either the religion or any of its variant expressions.

Christianity, for example, continues to be alive and well, even though some forms of it – that is, specific Churches – may be on the way out. Just as in the past certain Christian groups that came to New Zealand in the 19th century merged to form some of the denominational identities of the 20th century, for example the Methodist Church formed in 1913 out of what was initially some four allied groups, so such denominations are, in the 21st century, undergoing cultural, social and other changes that could see them eventually disappear. But such changes of sub-group identity and forms of belonging within a wider religion do not mean the religion itself is disappearing anytime soon. Overall, whilst the relative proportions may change, it is not so much that a religion is dying out, but rather it is been joined by other religious identities. This is very much the case in New Zealand today.

What do you think are some of the most significant differences in religious belief/adherence between New Zealand and the US?

There is actually very little difference in beliefs and adherence. The major religions of the world are found in both countries, and both were colonised by European culture that brought with it Christianity in a myriad of forms. The main point of difference is in the public arena. Whilst both the US and NZ are secular societies without a State religion as such, Christianity has been, historically, the culturally dominant religion, although that relativity is fast fading as both societies experience an upsurge in other religions and also in the non-religious category. But in the States, religion is front and centre when it comes to politics and the media. Americans engage in and profess religion publicly in a way which has been cultural anathema in New Zealand. Sometimes I think the Americans go overboard with that – for example, the way in which the religious sensibilities of Presidential candidates is so heavily scrutinised and weighed in to the pros and cons of suitability – and on the other hand I think New Zealand is often ridiculously overboard with its public dismissal of religion, especially in the media and in education. The Americans at least have the chance of being well-informed; in Godzone it is religious ignorance that rules. That makes us as a society very poorly placed to relate to much of the world’s populations and our citizen’s very gullible to winds of religious and irreligious fancy.

The science vs. religion debate seems more divisive in America, as does the relationship between religion and politics. Is this troublesome for the cohesion of American society?

Yes, I think it is. For although, as I have said, compared to the New Zealand public the American public is more exposed to and engaged in religious debates, it is also the case that there is another fundamental cultural difference that marks a major distinction. Kiwi culture tends to promote more self-effacing, polite and deferential values (here I am thinking in very loose categories, of course!). But, by comparison, American culture, as we know, is far more self-assertive, combative and polarised. It is as if we represent two extremes. And, again, for the sake of simply making a point, I am thinking here in pretty broad categories. But I’m sure we get the point – there is a clear cultural divide that makes New Zealanders less likely to get hot and bothered about some issues, such as the religion and science one, than the Americans who, it seems, are passionately on one or other sides of a major divide. But this may all be a matter of public behaviour and societal perceptions. The religious ideologies that clash with scientific rationalities are no different here as in the US. It’s just the Americans come out with it more stridently. And given the lead role of America in respect to scientific advancement and technological development within the West, I don’t think the so-called debate is significantly troublesome. It is more a case that certain fundamentalist Christians may, and in some case have already, undertake extreme behaviours to assert their view of reality.

The “problem” of religion that you are interested in is to do with extremism. The USA and other countries have obviously been confronted more directly by this problem than we have in New Zealand. Have US responses to this problem been appropriate? And are we too complacent about it here?

Certainly we in New Zealand have not been as engaged as other countries, and for that we can be thankful. But we have been equally impacted; perhaps even unequally so. When I set off on my Fulbright in early 2010 it was but days after the infamous ‘underpants bomber’ event. Getting on to the Air New Zealand flight to the US was a mission in itself; in effect we were all treated as potential terrorists. It resulted in my giving a public lecture in Washington – ‘Stripping for America: unveiling extremist ideology’. My basic point was that the so-called security apparatus that has come into play at our airports is largely a complete waste of time. In the attempt to find a terrorist needle in the haystack of the travelling public, all straw is treated as a potential needle, and the capacity to genuinely distinguish is all but lost. Interestingly, a high-ranked official in US Homeland Security agreed with me. The real determiner of security threat, for the most part, has to do with ideology, and mainly this is religious. The trick is to identify that – and this is what my own work has been in respect of: getting a handle in the markers of religious extremism that could identify likely terrorist threat. On the whole I think the US approach is mistaken and does not necessarily get good results because it does take adequate account of religious motivational factors; this is seen in missing the clues with the underpants bomber and, just before that, the Fort Hood massacre.

The Fulbright programme is based on increasing mutual understanding. Would a similar approach help to reduce inter-religious conflict?

In a nutshell, yes. The counter-point to religious extremism and religiously motivated and/or sanctioned terrorism is interreligious understanding and engagement. For even where the motivations for a so-called terrorist action are construed as political, for example, there is often a key element of religious sanction required in order for the action to be carried out. And largely that has to do with neutralising moral qualms, if not countering religio-moral injunctions against the extreme acts. For instance, with both Islam and Christianity it is immoral, indeed a grievous sin, to kill innocents. Mercy is in both cases the higher value. But mercy is happily set aside, and killing enthusiastically embraced, if there is a form of religious sanction that not only excuses but actively justifies the act of killing. We have seen this played out through the history of the Christian West; it is being played out again today, and not just within the ranks of so-called Islamist. The fundamental appeal for religious sanction for violence is not unknown within today’s US military, and it is alive and well across great segments of so-called Western civilised societies, including both ours, and that of the United States. The way to counter all this is to follow the tougher path of interreligious dialogue and allied interfaith engagement. This is happening; it needs to be happening more.It requires our society to lift the veil on talking about, and educating for, the religious diversity that marks our contemporary world.