Grantee Voice: Elli Nagai-Rothe – A year of self-reflection in Aotearoa

Elli Nagai-Rothe from San Francisco, California was a 2011 Fulbright US Graduate Student at the University of Auckland, and was jointly affiliated with the Human Rights Commission. Returning to the US in December, Elli took time to reflect on how her research in New Zealand provided cause for self-reflection. 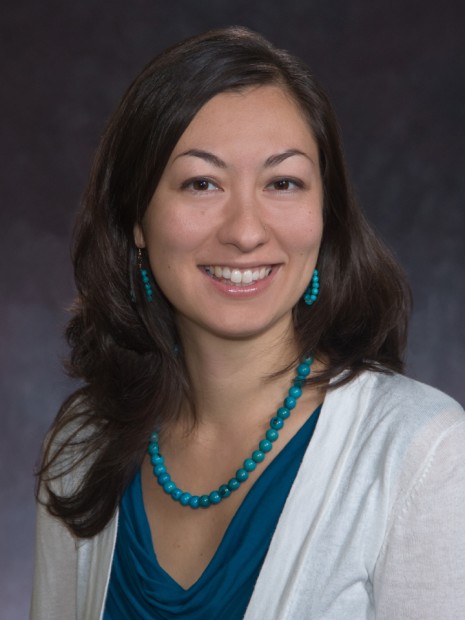 One of the many things I learned during my time in Aotearoa New Zealand is that our whakapapa (genealogy) is an important part of who we are, how we relate to one another and how we relate to the world around us. In order to build meaningful relationships (which in my opinion is the basis of meaningful learning), we must begin by positioning ourselves within a context of social relations, and engaging in an honest self-reflective process. I therefore intentionally positioned myself, and acknowledged my own racial identity within my explorations of race relations in Aotearoa.

My multiracial identity plays a central role in my life and in informing my worldview. As any person of mixed racial background can attest, the “What are you?” question is one that we’ve heard on countless occasions. I am no exception. From work colleagues to hairdressers, to strangers on the bus, inquiry into my personal identity is an all-too-frequent occurrence. This constant questioning (and the underlying assumption that I don’t quite fit or belong within dominant notions of racial classification) has led me to look deeply at my sense of multiracial identity, and my role in challenging traditional conversations about race and race relations.

I brought this sense of inquiry and self-reflection to my Fulbright research, which centered on race relations in Aotearoa and institutional approaches to addressing racial inequity. I held dual research affiliations with both the University of Auckland and the New Zealand Human Rights Commission. With the Commission, I conducted research on institutional racism through their Structural Discrimination Project. We examined manifestations of structural discrimination and systemic barriers to ethnic equality across several public systems (health, education, criminal justice, economic and public service), identified promising initiatives within these sectors and facilitated discussion amongst government agencies. Ultimately I co-wrote a discussion paper that will be published by the Commission in 2012, and presented our findings to government agencies, community groups and several academic institutions.

When I wasn’t at the Commission, I was singing waiata with Nga Tangata Hou!, a multi-ethnic kapa haka group that explores what it means to be a “New Zealander” as a form of arts-based social activism. I was also involved in YAFA – Young Asian Feminists Aotearoa – and enjoyed being part of a social justice-minded community, engaging in conversations about relations between tauiwi (non-Māori New Zealanders) and tangata whenua (people of the land), and decolonization from an Asian New Zealand perspective. I also enjoyed hosting vegan potlucks and community dialogues in my home with a group of fantastic flatmates.

This has been incredibly rich year of learning and growth for me on personal, academic and professional levels. I am grateful for many memorable experiences: being welcomed as a manuhiri (visitor) at several marae around the country; proposing to my now fiancé in the Coromandel Peninsula; serving as a judge for the national Race Unity Speech competition; organizing the Human Rights Commission’s annual Youth Forum and facilitating dialogue on issues of cultural diversity, power and privilege; and engaging in conversations with community activists, researchers and public servants over countless cups of tea. Ultimately, the heart of my Fulbright year was based on relationship-building and meaningful conversations. I applied a self-reflective process throughout my research, asking myself critical questions about my own assumptions and worldviews as I asked critical questions of others. After nearly a year, I am just now beginning to understand the nuances that underpin race relations in Aotearoa, and recognize the ever-evolving nature of social change work.

Elli Nagai-Rothe with a moa statue in Queenstown

Though often manifested in problematic ways (thinly veiled by cultural tokenism), I am struck by the visibility and presence of te ao Māori (the Māori world) in public spaces and conversations. As a result, one of the key insights that I gained while in Aotearoa is a realization about the US, namely the profound absence of indigenous voices and lack of acknowledgement of indigenous communities in mainstream US discourse. As someone involved in social justice movements in the States, I now realize the work that I still need to do to understand and raise questions about colonialism and indigenous rights in the US.

I return to the US with a renewed and more clearly articulated commitment to meaningful social change. I also return with a commitment to furthering my own decolonization journey, and to open space for honest conversations about race/racism and colonization in relation to our indigenous communities in the US. I plan to work with a Washington DC-based organization focused on social justice and anti-discrimination