﻿Fulbright alumnus Glyn Harper was Director of Massey University’s Centre for Defence and Security Studies when he received a 2010 Fulbright New Zealand Senior Scholar Award to research the Battle of Monte Cassino towards a book project, at Virginia Military Institute and the US Army War College. As reported in our November 2011 newsletter, Glyn was recently appointed to lead another major publishing project – the production of a definitive nine volume history of New Zealand’s involvement in the First World War, the first of which will be published to mark the centenary of the Gallipoli campaign in 2015. 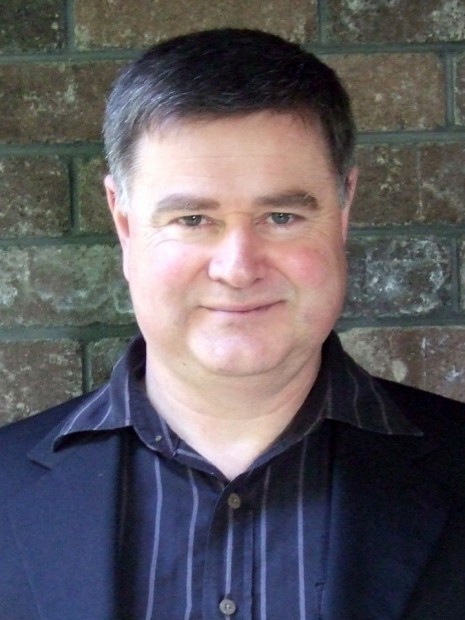 You have recently been appointed to lead the major Centenary History of New Zealand and the First World War book project. Who else will be involved in the project, and what will be the outcome?

This project is a partnering arrangement between Massey University, the New Zealand Defence Force and the New Zealand Returned and Services’ Association. Other organisations which are supporting it include the Ministry of Culture and Heritage, the Australian War Memorial, the Imperial War Museum and the Commonwealth War Graves Commission. The resulting multi-volume history will be a scholarly and accessible account of New Zealand and the First World War.

How does this build on previous efforts, both public and private, to document World War I or individual battles thereof?

The last multi-volume history of the First World War was published in the early 1920s by the New Zealand Army and has been accepted as a semi-official history. This project will be a detailed history that covers all the services including the Army, Navy and Air Force, the Home Front, New Zealanders serving in other forces, Māori soldiers and so on.

Until taking on the World War I history you were Director of Massey University’s Centre for Defence and Security Studies. What role does that Centre play in recording and teaching New Zealand’s military history? And how closely does it work with key organisations of the New Zealand military?

I was the Director of the Centre for Defence and Security Studies at Massey for eight years. The Centre plays a key role in teaching military history but also other subjects, such as Defence Studies, International Relations, and Technology. This is a partnering arrangement with the Army and the New Zealand Defence Force but the Centre now has a teaching relationship with the New Zealand Customs Service and is developing a relationship with New Zealand Police. The Centre has also exported some teaching expertise to the Royal Brunei Armed Forces.

Your Fulbright exchange was to research a book about the World War II Battle of Monte Cassino. What were you able to achieve in the US that you wouldn’t have been able to otherwise? And when will this book be published?

The Fulbright scholarship enabled me to conduct research at some of the best military archives in the world. I was privileged to spend three months at the Marshall Library in Lexington, Virginia and two months at the Army Heritage and Education Centre (AHEC) in Carlisle, Pennsylvania. While in the US, I also conducted research at the US Library of Congress and a couple of smaller institutions such as the Woodrow Wilson Presidential Library in Staunton, Virginia and the York Historical Society in York, Pennsylvania. During my research, I found a considerable amount of primary source material and at AHEC, some was still classified ‘Top Secret’ and had to be declassified before I could access it. That research will form a central part of the book on Monte Cassino which is due to be published in 2013.

What were some of the most memorable experiences of your Fulbright exchange?

Just a few of the very memorable experiences we enjoyed were touring the Library of Congress and then working in it; working in all the other research institutions we visited; touring the cultural museums in Washington, DC, especially the Holocaust Museum; walking over battlefields, especially Gettysburg where we had an expert commentary by a student from the Army War College in Carlisle and a visit to Bedford, Virginia to the National D-Day Memorial. The memorial was sited in Bedford as this town had, during the landing, the highest per capita casualty rate of any town in the US. The friendship and hospitality of the locals was the most memorable experience of our time in the US.

Have you noticed any great difference in the way New Zealand and the US document, and commemorate more generally, their military histories?

Military history is probably stronger in the US however it tends to be focused on US military efforts. The history of the Second World War is covered considerably more so than the First World War.

In summary, what were the greatest benefits of your Fulbright exchange?

The Fulbright New Zealand Senior Scholar Award was invaluable and immensely beneficial to my research for my writing project. Until then, I had not had the opportunity to have five months of dedicated research. I also took the opportunity to deliver public lectures which were all well received. The Americans were interested and curious about New Zealand and its history. I would highly recommend a Fulbright experience to all.