The following reports were submitted for the 2012 Fulbright New Zealand Annual Report by some of our newest alumni, but were unable to be included due to space restrictions. You can, however, read similar reports by a number of other current grantees and recent in the Annual Report, which is available to download from our website – www.fulbright.org.nz/annualreport 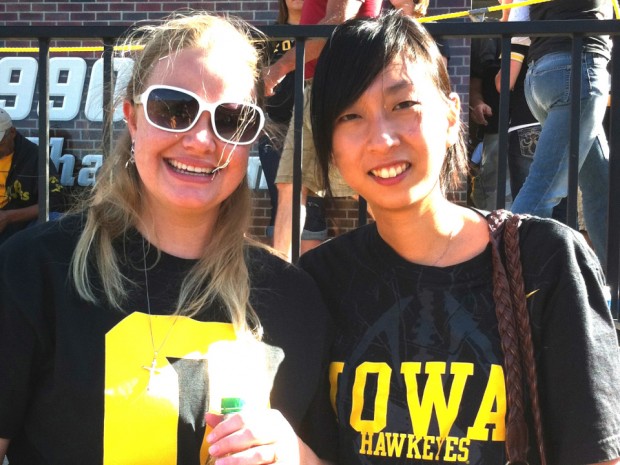 Amanda Lee from Christchurch received a 2012 Fulbright-Ministry of Science and Innovation Graduate Award to research conversational language and verbal avoidance behaviours in adults who stutter, at the University of Iowa in Iowa City, towards a PhD from the University of Canterbury.

I went to the University of Iowa on a Fulbright exchange to develop my understanding of stuttering theories, and enhance my clinical skills in stuttering treatment. Iowa is the birthplace of stuttering research, and I loved being able to experience firsthand the rich historical influence of the pioneering thinkers in my field, and to work and learn alongside the leading experts of today! I was struck both by the depth and breadth of the knowledge I have encountered – knowledge that is based on sound research evidence, has clear clinical relevance, and is paired with a very real consideration for the overall good of the person who stutters.

My Fulbright experience was also amazing for the opportunities it gave me to meet people, travel and explore the US. I saw fireworks from under the St. Louis Gateway Arch, visited the famous Mall of America in Minneapolis, took a hot air balloon flight over Seattle, and sampled a large number of sugary drinks at Atlanta’s World of Coca-Cola! Most importantly, I formed many beautiful friendships. Having recently returned home to continue my doctoral studies at the University of Canterbury, I look forward to welcoming visitors to New Zealand in the near future! 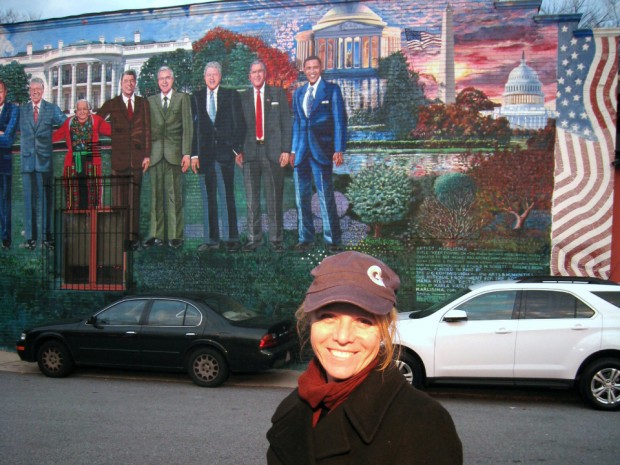 Jennifer Curtin in front of a Washington, DC mural

Jennifer Curtin from the University of Auckland received a 2012 Fulbright New Zealand Scholar Award to research career pathways of women politicians in Westminster countries and the US, at Georgetown University in Washington, DC.

My Fulbright project focused on women’s pathways to political power in the Anglo-American world. While at Georgetown University in Washington, DC I built a data set of women’s political careers in Congress since 1992. I reviewed the various leadership pathways existent in the US House of Representatives and Senate and examined how women negotiate their roles as committee members and with their constituents. I met experts from universities and non-government agencies, who were extremely generous with their knowledge and time. I gave talks to students at Georgetown and Rutgers and at a University of Auckland Alumni function in New York. My time in the US overlapped with the presidential election – nirvana for anyone interested in politics – so I wrote seven articles on that topic for New Zealand’s Sunday Star-Times newspaper. And the election result had a direct bearing on my project, with a record number of women (20) now in the Senate.

But equally valuable was the opportunity to absorb American culture and expand my networks. My family and I travelled to other states, attended local sporting events and festivals, and shared Halloween and Thanksgiving with American families. As a result, I now have a deeper understanding of how US politics and society intersect and this knowledge will serve to enhance my future research and teaching on comparative politics and political leadership.