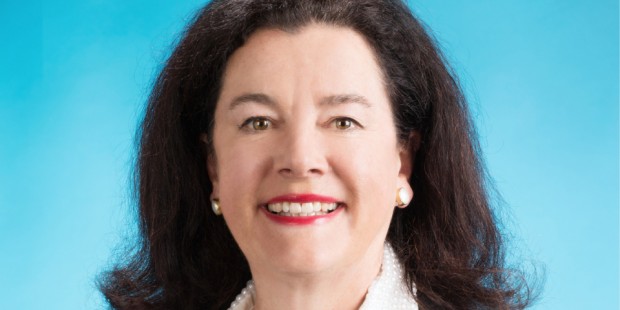 Fulbright New Zealand begins 2015 with a new executive director, Penelope Borland, who started work when the Fulbright office re-opened after the summer holidays on 5 January. Penelope was previously chief executive of the Screen Production and Development Association for ten years, working on behalf of New Zealand’s film and television industry on policy and advocacy initiatives for the greater good of the screen industry.

Penelope was appointed as Fulbright New Zealand’s executive director after an exhaustive recruitment process which attracted more than 120 applications for the opportunity to lead the Fulbright programme of educational and cultural exchange between New Zealand and the United States of America.

Penelope’s career has spanned arts and creative sector advocacy, communications, events management, law and journalism. She was director of events and programmes for the Commonwealth Heads of Government Meeting (CHOGM) in New Zealand and has a keen interest in cultural diplomacy, having also worked on cultural diplomacy partnership initiatives while she was communications and advocacy manager at Creative New Zealand, the Arts Council of New Zealand.

Announcing Penelope’s appointment in October, Helen Anderson, chairperson of the Fulbright New Zealand Board, said “I am delighted that we have found an Executive Director who has the passion for the Fulbright mission, the personal profile to lead the organisation with sparkle, and the intelligence and networks to enhance our impact in the New Zealand-United States relationship. She will carry on the excellent commitment and inspiration that Mele Wendt has brought to Fulbright over the last ten years.”

The same week, outgoing executive director Mele Wendt was farewelled at a formal reception at the offices of the Ministry of Foreign Affairs and Trade, which was attended by around 120 stakeholders, supporters and well-wishers. Mele left Fulbright New Zealand to establish Scholarship Services Aotearoa, a social enterprise that will help foundations, agencies, corporations, governments and individuals to create, improve and administer scholarship programmes. 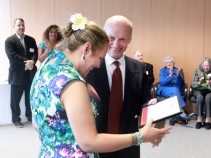