Bryony Gibson-Cornish from Christchurch received a 2012 Fulbright New Zealand General Graduate Award to complete a Master of Music degree in viola theory, history and performance at the prestigious Juilliard School in New York. In her first year of study, Bryony has already had a number of once in a lifetime experiences. 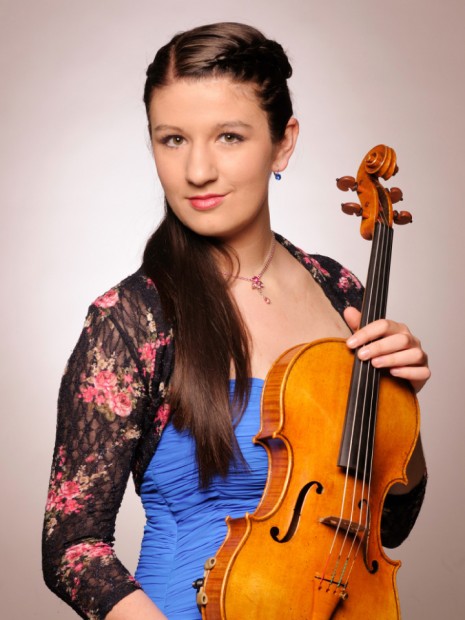 My Fulbright experience started in August 2012 with a Gateway Orientation in Jackson, Mississippi. Having only visited the East Coast before, I was quite overwhelmed to experience such a different part of the US for a few days! It was exciting to meet so many other Fulbright grantees from all over the world, and everyone’s enthusiasm for learning about other cultures and the US was evident throughout the orientation. I was persuaded to perform for some of my newfound friends on the last night and this inspired many of the grantees to come and watch my subsequent performances in New York. I couldn’t have picked a better start to my studies in the US.

The Master of Music programme at Juilliard is quite different to many other academic graduate programmes because the practical aspect of making music is an integral part of the coursework. This year, I have taken a balanced selection of courses in music theory and history, ear training, piano, chamber music, sonata class, performance and orchestra. Music theory and history involves a lot of traditional “study”, but the rest of my courses involve lessons, practice and rehearsals.

The centrepiece of my study is performance viola and I am incredibly fortunate to be a student of what we call the ACHT Studio. The acronym is from the initials of our teachers Misha Amory, Heidi Castleman, Hsin-Yun Huang and Steven Tenenbom. There are about 30 viola players in the studio and each of us has one-on-one lessons with two of the teachers (I learn with Heidi Castleman and Misha Amory), as well as meeting together once a week for studio class, where the students perform in a workshop situation with all four teachers. This “team teaching” concept is rather unique and it fosters a great learning environment for all involved. The studio is an incredible family to be part of and we are lucky to be in such a supportive and positive studio. We have regular studio recitals, and our studio also contributes to the American Viola Society blog (http://americanviolasociety.org/studio/), which is an invaluable resource for anyone interested in viola and the inside world of music.

Another big part of being a student here is playing in the Juilliard Orchestra. I’ve had to pinch myself on a number of occasions, because I never imagined I would have the opportunity to work with some of the conductors we have had this year. Highlights include a concert in Avery Fisher Hall (the concert hall of the New York Philharmonic), conducted by Itzhak Perlman. Having the opportunity to play in an orchestra conducted by one of the world’s great musical legends was an unforgettable experience, particularly with the repertoire of Mozart, Beethoven and Berlioz.

At the beginning of this year, I had my first “pit orchestra” experience, playing in a Juilliard Opera production of Don Pasquale, conducted by Stephen Lord. It was really exciting to play in an opera, particularly with my singing background. I was also very excited to spot my first “celebrity” from the pit: Renee Fleming, one of the world’s foremost opera singers and my childhood idol.

As well as concerts, we also take part in “reading sessions”. I was fortunate to be part of sessions with Alan Gilbert (artistic director of the New York Philharmonic) and Christoph von Dohnanyi (conductor emeritus of the Cleveland Orchestra). Both were very inspiring and I feel very lucky to be at a school where conductors of this calibre are the norm!

On Saturday afternoons I work in the Pre-College Division as an orchestra mentor. This means that I go and play in rehearsals and take the odd viola sectional, giving advice to the students about how to play in an orchestra effectively. The orchestra in which I play is the most senior orchestra, with students aged 16-18, so they are very advanced musicians already. It is really enjoyable to help them grow as orchestral players and help give them confidence to play out. 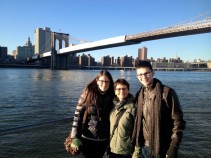 When I haven’t been practising, I have really enjoyed exploring New York City with my friends. It is such a vibrant city and having the opportunity to live right beside the Lincoln Center in the heart of the city is a once in a lifetime experience! Many attractions are close by and there is always something going on. I really enjoy walking around Central Park in particular, and squirrel spotting has become a bit of a tradition.

I have also been fortunate to have the opportunity to play in a number of chamber groups and receive coaching from wonderful faculty members whilst I have been here. I am particularly looking forward to attending the Taos School of Music in New Mexico, where I will play chamber music with 19 other musicians for eight weeks over the summer. We will rehearse, perform and receive coaching from the Borromeo, Shanghai and Brentano Quartets as well as notable musicians such as Michael Tree, Robert McDonald and Thomas Sauer. I am sure that this experience will leave me inspired for my second year of study in New York.

I am so grateful for the support I have received from Fulbright New Zealand – without Fulbright, I wouldn’t have had these life-changing experiences! I would also like to thank the Pettman, Inspire, Adastra and Dame Malvina Major Foundations, the New Zealand Federation of Graduate Women and the Kiwi Music Trust. I look forward to returning to New Zealand in the future and in particular, I am excited to have the opportunity to perform with the Auckland Philharmonia in 2014 as their Young Soloist of the Year.