Professor James (Jim) McCormick from Iowa State University was a Fulbright US Senior Scholar at the University of Waikato in 1993, where he taught about US foreign policy for the University’s Defence and Strategic Studies programme. During a return visit to New Zealand in November he will give three Fulbright lectures in Palmerston North, Wellington and Hamilton, discussing the outcome of the American elections of 6 November and implications for US foreign policy in the years ahead. 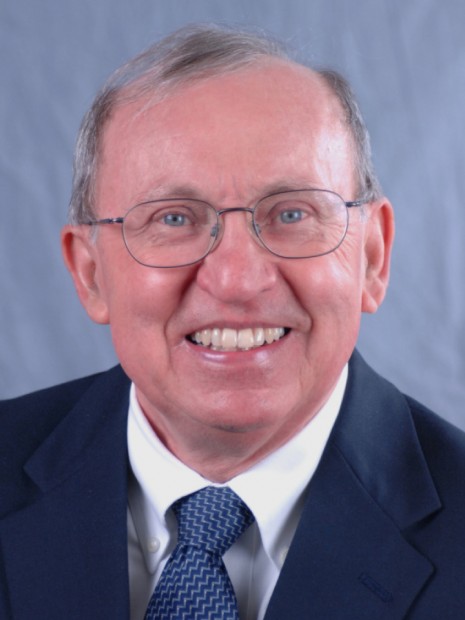 How does US foreign policy differ today from when you taught about it as a visiting Fulbright scholar at the University of Waikato in 1993?

In 1993, the Cold War had just ended and America’s future involvement in the world was uncertain. Then, the principal question for foreign policy was whether the United States would remain engaged. Indeed, the new Clinton administration initially focused its attention on domestic policy in the face of a recession at home. Today the principal question is how the US will be engaged in the future. Both the American public and its leaders are deeply divided on that question. One segment of the population seeks a more selective, largely unilateral involvement; another segment favors a somewhat broader, largely multilateral approach.

Can we expect any major changes in US foreign policy if the administration changes in the upcoming election?

Governor Romney has suggested imposing sanctions against China over unfair trade practices and currency manipulation, but such actions would be hard to achieve given the importance of trade relations with China and the size of American debt held by China. Romney wants to be tougher with Russia and that might make further nuclear arms reduction agreements with that nation more unlikely in the near term.

The war on terror and tensions in the Middle East still cast a long shadow over US foreign policy. How do Obama and Romney’s views on those issues differ?

Obama and Romney largely share the same view on conducting the war on terrorism. The recent killings of US embassy personnel in Libya, however, highlight some differences in their views on the current dangers from terrorism. The Obama administration has sought to convey the view that al-Qaeda is on the run, but the Romney campaign has sought to suggest otherwise and would contend that America must be more vigilant.

On the Middle East, Obama and Romney differ over Iran and Israel in particular. Romney has promised to be clearer and more forthright in challenging Iran over its nuclear program. And he wants a closer tie to Israel than he contends has been followed by Obama.

There has been a “pivot” in American foreign policy over recent years towards the Asia-Pacific region. What are some of the most important initiatives underway in the region? And would those continue in the same vein under a Republican administration?

The Defense Strategic Guidance that President Obama issued in January aims to shift more American forces toward the Asia-Pacific and bolster strategic partnership in the region. Part of this pivot is driven by fiscal requirements, but it also signals the importance of the region and recognizes the rise of China’s influence in the region. A second important element of this shift is to build more multilateral linkages and refurbish bilateral ties in the area, through initiatives like the Trans-Pacific Partnership, upgrading the Asia-Pacific Economic Cooperation (APEC), and renewing or developing alliances with countries in the region. A third element of this pivot to the Asia-Pacific is a diplomatic one: the increasing number of visits to the region by top foreign policy officials provides an unmistakable indicator of the importance of this region to the US.

The “pivot” is unlikely to be changed by a Republican administration. The increasing importance of the Asia-Pacific region to the global economy and global security overrides any partisan divisions on foreign policy.

The global financial crisis has had a big impact on the US, as it has elsewhere in the world. What impact will economic conditions have on US foreign policy in the near term?

The $16 trillion national debt and $1 trillion annual budget deficits place a severe strain on US foreign policy in a variety of ways. The defense budget is already scheduled for substantial cuts. Public support for foreign involvements and assistance has eroded. The US is now much less likely to engage in interventions abroad – of either a nation-building or humanitarian nature – stretched as it is both economically and militarily, and will increasingly need to rely on strategic partners to promote its interests. The impact could be even more immediate if the so-called “fiscal cliff” is not avoided by the end of 2012.

Returning to the election, what do you think have been the key issues in this cycle, and which party has done best to tap the nation’s pulse?

Jobs, debt, and the overall economy are the top issues in the presidential election. The continued high unemployment level within the US makes jobs the top election issue. Similarly, the national debt, yearly budget deficits and costs of the new health care legislation contribute to economic anxiety as well. Foreign policy will have a limited overall impact on the election, although may prove important in closely-contested states. The perception of a candidate’s ability to serve as commander in chief may help or hurt a candidate at the margins.

Governor Romney initially had the advantage in improving the economy and creating more jobs among the public, but that advantage has largely evaporated. President Obama has had the advantage in protecting Medicare and Social Security, but “Obamacare” remains unpopular and could hurt him with some voters. As a result, the public is sharply divided, and it is far from clear that one party has been able to tap the nation’s pulse very fully across these crucial issues.

Professor James McCormick – Implications of the US Elections: American Foreign Policy After 6 November