Brenda McKinney from Chicago, Illinois is one of 11 American graduate students who have studied or researched at New Zealand universities this year as Fulbright grantees. Brenda has been studying towards a Master of Laws degree at the University of Otago, specialising in the effects of restorative juvenile justice practices in New Zealand. New Zealand is internationally recognised for its pioneering model of family group conferences for youth offenders, and Fulbright New Zealand has facilitated numerous exchanges in the field of restorative justice over the years. 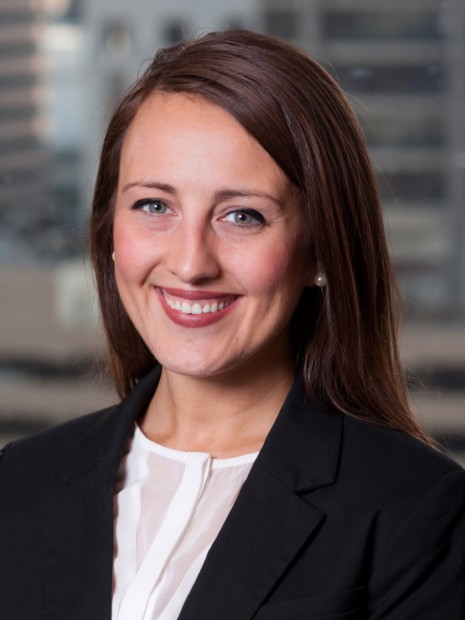 Restorative justice theory recognizes that this process is not always going to be effective; not every offence will be suitable. Yet it seemed to hold potential so I applied to come to New Zealand, the first country in the world to legislate on restorative justice, because of its strong reputation as a leader in restorative practice. My aims were to explore best practices, policies and questions around cultural sensitivity within restorative justice youth justice models, in addition to considering how New Zealand’s Family Group Conferences (FGCs) might provide a better option for youth who have committed harm than models we use in the US.

I have now been in New Zealand since February and so far, it has been incredible. While I discovered an immediate community within the wonderfully kind and supportive Law Faculty at the University of Otago, where I am also completing a Master of Laws (LLM) degree, I have been impressed by the gracious and warm welcome I received from all the people I have met and worked with over the past nine months. I have been able to regularly observe in youth court, attend restorative justice facilitator trainings, shadow restorative justice facilitators around the country and meet with a variety of people involved in the youth justice system, from experienced youth aid officers and lawyers to youth, their whānau, politicians and academics. This reception and these experiences have not only enriched my research journey but also my understanding of New Zealand.

Dunedin also seems to provide its own adventure. While the city is probably best known for its university, chocolate factory and iconic train station, I’ve discovered a lot of exciting perks to being based here. There are always free and interesting talks, events and shows at the university. I have enjoyed getting to know other graduate students and the city has a remarkably vibrant art scene, which includes monthly installations at the experimental Blue Oyster and other galleries in town. While you might find me writing at my desk most days, it feels very exotic to live in a place with glow worms (Leith Valley), penguins (Sandfly Bay), and surfers (St. Clair Beach) nearby, or where I can plan a picnic at a castle (Larnach) any time I want.

As a young lawyer, Fulbright has also been incredible in allowing me to engage with the international law community within and beyond New Zealand. I recently presented my interim research on restorative practice at several conferences, including the annual Australian and New Zealand Society of Criminology, Inc. (ANZSOC) conference and the University of New South Wales Public Law conference for postgraduate students in Sydney, and last month I volunteered at the World Bar Conference in Queenstown, where dozens of lawyers and judges from all over the world spoke about the Rule of Law. These events were not only fascinating, but they provided me with valuable opportunities for feedback on my work, networking within my field and even a chance to publish while still in graduate school.

Another highlight of my year has been getting to explore many parts of New Zealand and New Zealand culture. The best example of how my research has allowed me to see the country is probably the time in March when I saw both ends of State Highway 1 in less than a week: visiting Slope Point (the southernmost point of the South Island) on a Monday after conducting interviews in Invercargill, and then beautiful Cape Reinga (the northernmost point of the North Island) on Friday, before catching a flight out of Auckland after the Whanganui Restorative City Conference.

While I am licensed to practice law in the US and therefore plan to return home next year, it is hard to describe how lucky I feel to have been here. If I had to describe my Fulbright year so far in a word, I would call it amazi-opportuni-fultastic. In other words, it is impossible; this year has been too great.

All of the experiences I’ve encountered have only enhanced the work I came here to do and I am confident that they will transcend my time in this country. I look forward to sharing my research and extending the connections I have made, and I cannot thank Fulbright and everyone I have worked with so far this year enough for making my experience so wonderful. Kia ora. 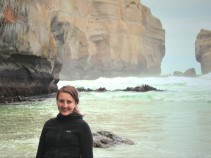