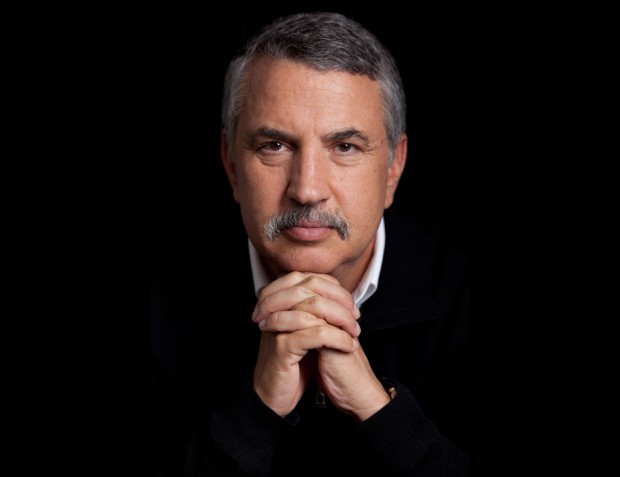 Thomas Friedman lecture at AUT University – “Is America in Decline?”

World-renowned American journalist, columnist and author Thomas Friedman will give a free public lecture at AUT University on Monday 26 March. Mr Friedman writes a twice-weekly column for The New York Times and has written extensively on foreign affairs, global trade, the Middle East and environmental issues. He has won the Pulitzer Prize three times, and is the author of six best-selling books. He is visiting New Zealand as a John F. Kennedy Memorial Fellow, awarded by Fulbright New Zealand.

Thomas Friedman began his journalism career covering the civil war in Beirut for United Press International from 1979-1981. He was then hired by The New York Times and returned to Beirut at the start of the 1982 Israeli invasion of Lebanon. His coverage of the war, particularly the Sabra and Shatila massacre, won him his first Pulitzer Prize for International Reporting in 1983. He received a second Pulitzer Prize in 1988 for his coverage of the First Palestinian Intifada, and a third in 2002 for his extensive reporting and commenting on the worldwide impact of terrorism. Since 1995, Mr Friedman’s position at The New York Times has been as a foreign affairs columnist. He has written broadly about international diplomacy, conflict, arms control, finance, globalisation, environmentalism and technology. Mr Friedman is the author of six best-selling books on subjects as diverse as the Middle East, globalisation, the environment and American domestic policy. The first, From Beirut to Jerusalem, was published in 1989. It remained on the New York Times bestseller list for nearly twelve months and is still used today as a basic textbook on the Middle East in many high schools and universities worldwide.

In his lecture at AUT University, titled “Is America in Decline?”, Thomas Friedman will discuss the theme of his latest book, That Used to be Us: How America Fell Behind in the World It Invented and How We Can Come Back, written in collaboration with foreign policy professor Michael Mandelbaum from Johns Hopkins University. He will reflect on what has gone wrong in America over recent decades, and what changes are needed to rediscover its power and prowess. These challenges are not America’s alone and it might be interesting to also apply this analysis to New Zealand.

Please join us at this rare opportunity to hear an international speaker who is in high demand globally. Thomas Friedman visits New Zealand as the 18th John F. Kennedy Memorial Fellow. These fellowships, established by the New Zealand Government in honour of President Kennedy following his death in 1963 and administered by Fulbright New Zealand, are to enable visits by eminent Americans for high profile speaking and teaching engagements.