Doctoral candidate Jonathan Watkins will follow in the footsteps of his PhD supervisor and other University of Auckland graduates when he visits Iowa State University as a Fulbright grantee to research the use of self-centering precast concrete walls for the construction of earthquake-resilient buildings. 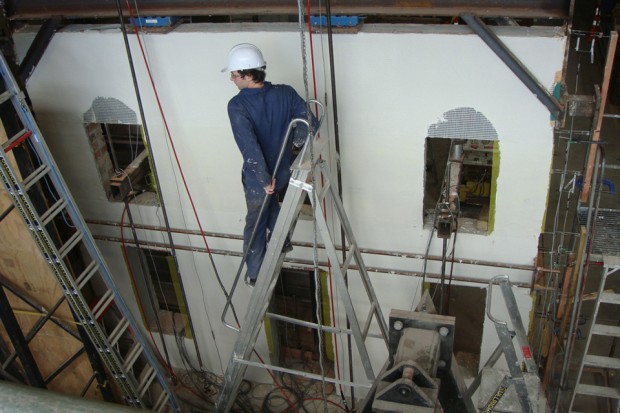 Jonathan was recently granted the 2012 Fulbright-EQC Graduate Award in Natural Disaster Research, which will allow him to spend 12 months working with foremost American experts in seismic engineering on a US$1.2 million research project to evaluate the performance of a precast concrete wall system called PreWEC (Precast Wall with End Columns) developed at Iowa State University. The use of such systems for designing buildings resistant to seismic activity can not only improve the safety of occupants, but reduce economic costs and heartache for business and home owners.

“Current building design standards focus on the preservation of life safety, but as the Christchurch earthquakes have shown the extensive damage caused to buildings has severe economic and social impacts as well,” Jonathan explains. The building system I’m investigating would be able to withstand an earthquake and remain tenable afterwards. I strongly believe that low damage systems such as PreWEC are the answer in New Zealand’s seismically prone regions.”

Self-centering walls, such as the PreWEC system, undergo controlled rocking during an earthquake and return to their original position post-quake. Damage is localised to external connectors, which are easily replaceable after an earthquake. The endoscopy unit at Christchurch’s Southern Cross Hospital was built with a similar low-damage precast concrete system, and suffered only minor cosmetic damage from the February 2011 earthquake.

Jonathan’s research follows on from that of his PhD supervisor, Dr Rick Henry, who undertook similar research into precast walls at Iowa State University as a Fulbright grantee in 2008. Also, Dr Liam Wotherspoon, an EQC research fellow at the University of Auckland, undertook earthquake engineering research at ISU as the inaugural recipient of the Fulbright-EQC Graduate Award in Natural Disaster Research in 2004.