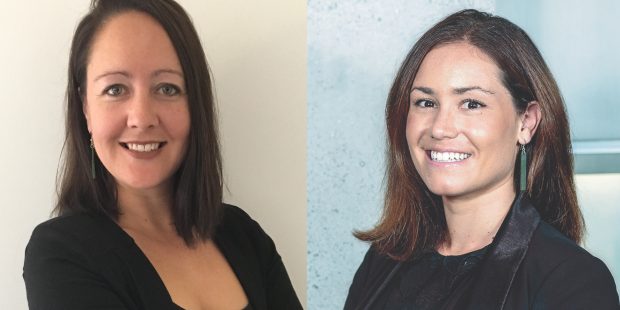 The Fulbright-Ngā Pae o te Māramatanga Graduate Award is granted to promising New Zealand graduate students, in order for them to undertake one year of postgraduate study or research at a US institution in the field of Indigenous development.

These Fulbright-NPM awards offer life-changing opportunities to gain international experience, advance careers and to share Māori worldviews and mātauranga with new friends and colleagues from around the world at their choice of leading American universities.

Rachael Jones (Ngāti Kahungunu, Ngāti Rakaipaaka) has a LLB (Hons) and BA (Economics) from the University of Otago. She is an experienced litigation lawyer who currently works at Chapman Tripp, and has advised iwi on issues relating to Treaty of Waitangi settlements, as well as growing post-settlement assets – most recently appearing in the Supreme Court acting for Ngāti Whātua Ōrākei.

Rachael will complete a Master of Laws specialising in constitutional and Indigenous law at Colombia University in New York.

Melissa Derby (Ngāti Ranginui) has Bachelor of Arts from Victoria University of Wellington, a Masters of Arts (Hons) from AUT University, a Graduate Certificate in Indigenous Studies from Columbia University in New York and is currently a Whāia Ngā Pae o te Māramatanga Scholar completing a PhD in Education at the University of Canterbury.

During the term of her Fulbright-NPM Award, Melissa will be researching critical theories of race, ethnicity and Indigeneity at Colorado State University and at San Diego University, California.

NPM Co-Director and Fulbright-NPM Alumna Professor Jacinta Ruru (University of Otago) commented, “Rachael and Melissa are impressive Māori scholars who are at the forefront of intellectual thinking.  This is a life-changing opportunity for them to be further inspired and we’re excited for them.  Their work will strongly contribute to our vision of Māori leading Aotearoa New Zealand into the future”.

Penelope Borland, Fulbright New Zealand’s Executive Director adds, “Fulbright New Zealand is proud to partner with Ngā Pae o te Māramatanga in offering these awards and we are delighted that they will give Melissa and Rachael a tremendous opportunity to further their work and thinking in the United States. We know that their awards experience will be transformational and the work both women are doing in Māori law and education will contribute to a better New Zealand.”

The two Fulbright-NPM Graduate awardees will be leaving for the US later in 2018. They will be honoured at the 2018 Fulbright New Zealand Awards Ceremony on Monday 18 June at Parliament, hosted by Deputy Prime Minister Rt. Hon Winston Peters