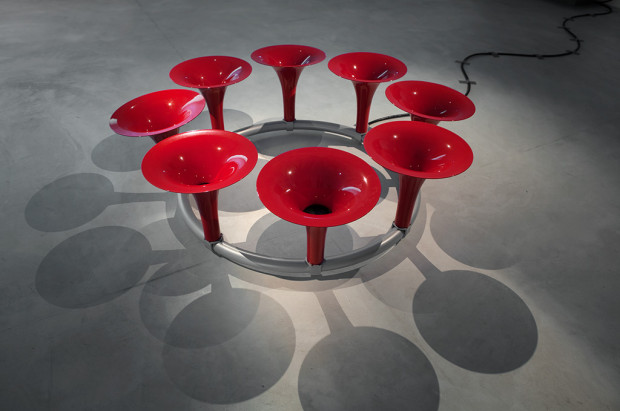 The award is for an outstanding mid-career or senior New Zealand visual artist to undertake a ten week residency at Headlands Center for the Arts in Sausalito, California. One residency valued at up to US$24,000 is offered each year.

Mr Dadson is a sound and intermedia artist with a transdisciplinary practice including video and sound installation, sound sculpture, construction of experimental musical instruments, music composition and improvised performance. His work is held in public and private collections including at Museum of Modern Art in New York, Te Papa Tongarewa Museum of New Zealand and Auckland Art Gallery, Toi o Tamaki.

He founded the original rhythm/performance group From Scratch in 1974, who perform with custom-built instruments made from industrial and natural materials. Mr Dadson was named Arts Foundation Artist Laureate in 2001 and made an Officer of the New Zealand Order of Merit for Services to Art in 2005.

“I aim to revisit and update a project I undertook in the U.S during a 1991 Fulbright New Zealand Award entitled SOUND STORIES, a project that involved recordings with 14 American sound artists, many based in and around the San Francisco Bay area,” Mr Dadson says.

“Additionally I look forward to the surprise factors of the residency opportunity, especially the environmental inspiration of the Headlands and Bay areas where I hope to create a body of new video & sound work.”

“We are honoured to have Phil Dadson as the recipient of the Fulbright-Wallace Arts Trust Award. His work is such a unique combination of sound and visual elements,” Ms Borland says.