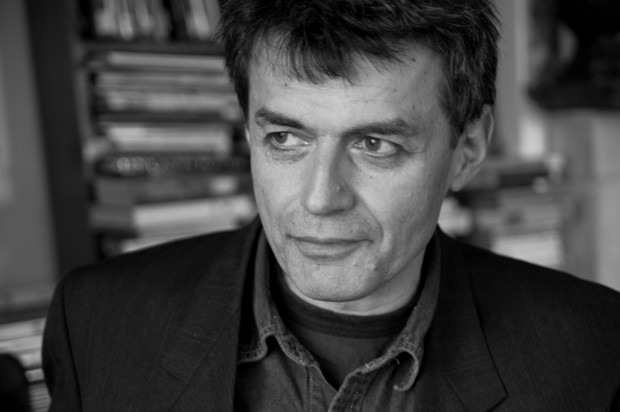 He will use the $30,000 award to complete a collection of poems exploring his Pasifika heritage. These will include poems inspired by the myths and legends of Te Moana Nui a Kiwa and will incorporate work about Mana Moana, the power of the ocean and ancient Pasifika connections.

“I hope to research and begin a prose memoir about my mother’s extended family, my cousins, scattered across the Pacific,” said Eggleton.

David Eggleton is of Rotuman, Tongan and Palagi descent. He grew up in Fiji and South Auckland, and now lives in Dunedin. Formerly a factory labourer and city council gardener, he is now a full-time editor, poet, art critic, reviewer and freelance journalist whose reviews, articles, essays and short stories have appeared in a large number of publications since the mid-1980s. These include the Listener, Art New Zealand, New Zealand Books, Art News, Architecture New Zealand, Urbis, Metro, Landfall.

“My Pasifika heritage runs all through my writing from the beginning as part of my personal context and background and I have always drawn from this heritage and history, but not necessarily overtly: instead it is there as a presence or part of a dialogue with ideas about cultural crossover,” said Eggleton.

As the recipient of this year’s award, David will be based at the Center for Pacific Islands Studies at the University of Hawai‘i at Mānoa in Honolulu for the Spring (February-May) semester of the US academic year.

Hawai‘i has been identified as a strategic location for artists and is considered the hub of Pacific writing with its numerous universities, library resources, networks, writers’ forums and publishers. It is also an important link to the mainland US and has a strong indigenous culture.

“I heard about the Fulbright residency through conversations with a number of Pasifika writers and have been aware of it since its inception, but this is now the time I feel ready to take it up and use it to allow me to develop a particular Pasifika-based project, namely to complete a collection of poems exploring my Pasifika heritage.”

The Fulbright-Creative New Zealand Pacific Writer’s Residency is for a mid-career or senior New Zealand writer of Pacific heritage to carry out work on a creative writing project exploring Pacific identity, culture or history at the University of Hawai‘i for three months. One award valued at NZ$30,000 is granted each year, to be put towards the costs of three months of writing.

Fulbright New Zealand opens doors for tomorrow’s leaders and thinkers through life-changing educational and cultural exchanges between New Zealand and the United States.

Fulbright New Zealand was established in 1948 to promote mutual understanding through educational and cultural exchanges between New Zealand and the United States of America. The Fulbright programme offers a range of prestigious awards for New Zealand and American graduate students, academics, artists and professionals to study, research and teach in each other’s countries. Fulbright New Zealand offers exchange awards annually. More than 3,000 people have benefited from a Fulbright exchange between New Zealand and the United States to date. The programme is jointly funded by the US and New Zealand governments with additional funding from award sponsors, private philanthropists and alumni donors. More information is available here.

David Eggleton’s writing has been included in a wide range of anthologies. He won the Reviewer of the Year Award six times at the Montana-New Zealand Book Awards, most recently in 2009. He has had seven books of poems, and a number of poetry broadsheets and chapbooks, as well as a book of short fiction, published. He has also produced several works of non-fiction, including Ready to Fly: the Story of New Zealand Rock Music, Into the Light: a History of New Zealand Photography, and Towards Aotearoa: A Short History of Twentieth Century New Zealand Art.

As a performance poet he has released a number of poetry CD recordings over the years featuring his collaborations with musicians, and been involved in poetry text collaborations with practitioners of a variety of other art forms, from sculpture to fashion design to film and dance. He is interested in presenting poetry in as many media contexts as possible, and his poems have been featured in murals, stonewall and other sculptures, in short films, in a mainstream TV commercial, on T-shirts, in shop window displays, and in art gallery exhibitions. His first collection of poems, South Pacific Sunrise, was co-winner of the PEN New Zealand Best First Book of Poems Award in 1987. In 2015, he received the Janet Frame Literary Trust Award for Poetry; and in his most recent collection, The Conch Trumpet, won the 2016 Ockham New Zealand Book Award for Poetry. In 2016 he also received the Prime Minister’s Award for Literary Achievement in Poetry.