The Fulbright-Cognition Scholar Award in Education Research is for a New Zealand educator or researcher to pursue research in the US designed to have an impact on New Zealand early childhood education or primary/secondary schooling and student achievement, for 2-5 months. One award valued at US $37,500 offered each year, applications close 1 October. For more information and to apply, please click here. 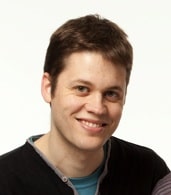 Michael is a Social Sciences teacher and Specialist Classroom Teacher at Wellington High School. He researched culturally responsive history teaching and the role of ethnic identity in shaping students’ interpretation of the past at Hunter College, the City University of New York.

My project remained very true to the original title. If I were to rename it again I might place more attention on the idea of “culturally responsive teaching”. I found my project become broader than just focussing on students’ ethnic identities as I developed a more expansive theory of culturally responsive history teaching, of which recognising and responding to ethnicity was a component.
I originally had two key goals, the first of which was “Explore the way young people’s ethnic identities shape the way they interpret the contested history of race relations”.

I feel I made major progress on this, though not with the data set that I was expecting. I was invited to co-author a chapter for a book with Terrie Epstein and Mark Sheehan on the idea of “difficult history” using Mark’s data gathered in New Zealand. My original proposal highlighted Terrie’s data as my primary source for achieving this goal. However, with a clear project in mind this offer seemed too good to turn down. Terrie and I worked on the data together intensively over a period of months where I learned a lot about research methodologies. I wanted to use my Fulbright-Cognition Scholar Award as a means to a longer term academic career and I feel the data analysis and methodology I learned interpreting the data for this chapter was highly worthwhile, and something ideally learned in an “apprenticeship” fashion.

We finished our chapter about half way through the Fulbright experience, finding some key differences in the ways Maori and Pakeha students interpret the significance of the Treaty of Waitangi. Our findings suggest that there are different ways that students interpret aspects of New Zealand’s past, depending on their ethnicity, a finding that will have important implications for teachers wanting to be culturally responsive.

During the data analysis stage I was doing a lot of reading and felt that as a teacher I was in a powerful position to interpret academic findings for a more general audience. I started to write an article which I submitted to the NZCER journal “SET” in early June. This article starts to theorise what a culturally responsive theory of history teaching might look like. It was my first sole-authored article for a well-regarded journal and will speak to a wider audience than the more academic book chapter.

My findings from this project will be particularly relevant to history teachers and expand on my original research proposal significantly.

As I was working on the book chapter with Terrie Epstein and Mark Sheehan and my own journal article, I attended the American Education Research Association conference in Chicago. This was a key turning point in my Fulbright-Cognition Scholar Award experience. As well as meeting some of the key names in history education and re-establishing acquaintances, I met a group of teachers who engage in systematic inquiry of their own teaching. In the immediate future, this is probably where I think the learning from this experience will extend far beyond the 5 months in NYC.

My second goal in my original project plan was “Examine how effective teachers in multi-ethnic schools in New York manage the teaching of difficult and contested aspects of historical race relations and explore ways that New Zealand teachers can learn from their approaches.”

My first goal expanded in a way that I hadn’t predicted, and this goal was achieved at a more theoretical level than I had expected.

For example, my journal article drew on the findings of many teachers, but not ones I was able to directly observe. I made many attempts to try and find teachers who would be willing to let me observe or talk to them and did not succeed in establishing any real contacts. It was not until the Difficult Histories conference at the end of the experience where I was presenting some of my findings that I met the person who was perfectly placed to put me in touch with teachers interested in culturally response teaching in the social sciences. It was a shame that I made this contact too late and the only disappointment of the whole experience.

The Fulbright-Cognition Scholar Award in Education Research was the most exciting thing I have ever done with huge personal and social value.

I was not expecting to adapt so easily to living in Manhattan. However, I feel that America is a place I got to know better, and would like to spend considerably more time in. New York was a place I could live in, not something I thought I would say at the beginning. We lived in a small apartment in the East Village which was expensive, but made the experience much more enjoyable for my family. We were able to participate in the cultural life of the city very easily and adapt to the family-friendly area that the East Village now is. We went on a “family adventure” every Saturday, exploring a different part of the city, I thoroughly enjoyed attending Fulbright organised excursions and meeting other Fulbrighters and exchanging ideas (and each other’s work). We involved ourselves fully in different church communities and cultural institutes such as the Goethe Institut.

We met many Americans in many different walks of life.

I became good friends with my supervisor, Terrie Epstein, who I will continue to work and collaborate with. The connections I made with the scholars at the Difficult Histories conference and the AERA conference are ones that I will establish further when I attend this conference again. I was also very involved in the 15th Street Monthly Meeting (Quakers), and volunteered at the homeless shelter they ran. I had many conversations with Quakers about New Zealand, America and the similarities and differences between each other’s countries and the kinds of problems we each face.

I think I will look back on my career and see the experience as a turning point in my working life.