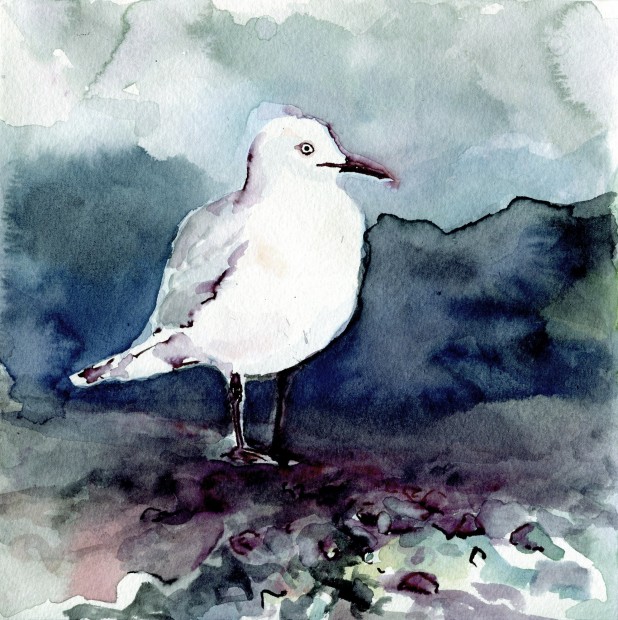 For the first time, New Zealand will host a fellow for nine months as part of the prestigious Fulbright-National Geographic Digital Storytelling Fellowship.

One of only five fellows in the world, Abby McBride will use National Geographic’s digital platforms to share images and experiences on social media, as well as blog about her observations on New Zealand’s efforts as world leaders in seabird conservation. McBride plans to include writing, watercolour and pencil illustrations, photographs and video clips. Through her work, she hopes to inspire readers and followers around the world about the work New Zealand is doing to protect native their species. 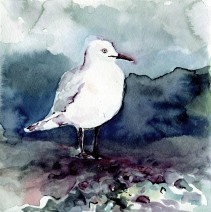 McBride, also known as the Sketch Biologist, will travel to New Zealand to sketch endangered seabirds— penguins, prions, storm-petrels, shearwaters, shags, gulls, gannets, mollymawks, and more—to tell stories about New Zealanders’ extraordinary efforts to save these species in the “seabird capital of the world.”

Her research comes at a critical time for seabirds, as New Zealand has already begun to reverse the rapid decline of seabird populations through both grassroots movements and national activism. McBride’s project will not only explore what is being done to combat seabird decline, and how the efforts affect the birds, local communities and the enviroment, but she will also play a critical role in telling the story of seabirds through the National Geographic platform.

“As soon as I heard about this fellowship offered by Fulbright and National Geographic, I knew I had to go for it. What a chance to pursue art, science, conservation, and storytelling all together at full throttle,” said McBride.

Seabirds have long been a passion for McBride, who recently built a digital communications programme for the American Ornithological Society. She has also written and illustrated stories for the Cornell Lab of Ornithology in New York and Bowdoin College in Maine, and is involved with New York City Audubon as an illustrator. McBride volunteers with Project Puffin, a National Audubon Society seabird restoration programme that has been active on the Maine coast since the 1970s.

“My last project was in Iceland,” said McBride, “I was there for a geology and oceanography expedition, but it was also seabird breeding season, so I was really excited to see fulmars and murres nesting all over the cliffs. It was a great preface for my trip to New Zealand, the seabird capital of the world!”

During her fellowship, McBride will participate in conservation activities, meet with local communities, including Maori who maintain sustainable seabird harvest, and join field projects with scientists and researchers. 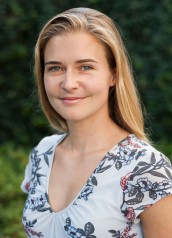 “[By] Melding science, advocacy, management, and a powerful dose of Kiwi ingenuity, they are bringing their birds back from the brink and quietly leading the world in innovative seabird conservation,” said McBride.

McBride’s fellowship begins on 11 September 2017, and she will travel across the country, spending time in the eastern North Island, Stewart Island, Kaikoura, Cape Kidnappers, the Hauraki Gulf and Chatham Islands. She will be hosted by Auckland War Memorial Museum.

For more information or for interviews with McBride, please contact Fulbright New Zealand Communications Manager Rachel Tilghman on Ph. 04 494 1507 or at rachel@fulbright.org.nz