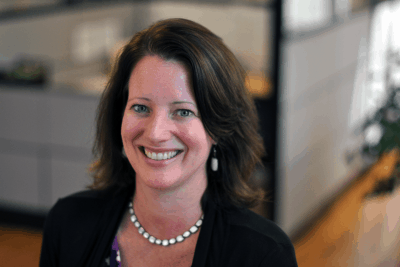 CANCELLED: A New Teacher Leadership Model from the US: Implications for Public Policy, Turning Around High-Need Schools, and Equity

CANCELLED: A New Teacher Leadership Model from the US: Implications for Public Policy, Turning Around High-Need Schools, and Equity

THIS EVENT HAS BEEN CANCELLED

DUE TO THE EARTHQUAKES IN WELLINGTON ON 14 NOVEMBER 2016, THIS EVENT HAS BEEN CANCELLED.

Ian Axford (New Zealand) Fellow Alice Johnson Cain, visiting New Zealand from Maryland, will provide an overview of a highly-acclaimed new movement in the US around teacher voice and teacher leadership.

Her talk will include discussion of the impact of this movement on US education policy, school turnaround efforts, and implications for the ongoing quest for equitable opportunities for high-need students and schools.

Should Hillary Clinton prevail in the US Presidential election, the talk will also preview her likely education priorities – including teacher leadership – in the White House, based on her campaign platform and as supported by a broad national coalition of stakeholders.

Alice Johnson Cain is the Executive Vice President of Teach Plus, where she charts the policy and advocacy agenda, establishes annual goals for the organization and works closely with teachers to ensure that their advocacy yields tangible victories for students. Alice leads policy workshops for teachers across the country, connects teachers with leading policymakers, and builds effective partnerships between Teach Plus and other organizations that are also working on behalf of students.

Alice brings 25 years of policy and advocacy experience to Teach Plus. She joined the organization in 2011, after six years as Representative George Miller’s chief advisor for K-12 policy while he chaired the U.S. House of Representatives’ Education and Labor Committee. During that time, she helped write and secure passage of Race to the Top, the Investing in Innovation Fund (i3), and the RENEWAAL Act to assist Gulf Coast schools after Hurricane Katrina. She led efforts to enact the Teacher Excellence for All Children (TEACH) Act of 2005 and the 2006 effort to reauthorize the Elementary and Secondary Education Act (ESEA). Alice served on the education task force that advised then-Senator Obama’s 2008 presidential campaign, spent five years working for Senator Paul Simon on the HELP Committee, and served in the Clinton Administration for five years. Her advocacy work includes leading the Children’s Defense Fund’s national grassroots advocacy program, leading Hope Street’s Group’s initiative to engage teachers in developing new teacher evaluation and support systems, and leading the National Institute for Literacy’s successful campaign to double federal funding for literacy. Alice previously taught GED classes to low-income and homeless adults in Washington, DC.

While at Teach Plus, Alice has focused on bringing perspectives of solutions-oriented teachers into the national policy conversation. In 2015, she brought Teach Plus teachers to the White House to meet with President Obama, and to the Department of Education to meet with Secretary Duncan and then Secretary King. More recently, she brought Secretary King and Undersecretary of Education Ted Mitchell to meet with Teach Plus teachers in Memphis and Los Angeles. Alice has secured invitations from both Democratic and Republican committee chairs for Teach Plus teachers to testify in the U.S. House and U.S. Senate – and has brought top policymakers to speak at Teach Plus forums. Alice has published numerous reports and articles on education policy, including a report published by Fulbright New Zealand that included policy recommendations later adopted by the New Zealand government. Alice participated in the Aspen Institute’s Congressional staff fellowship, and has served as peer reviewer for the U.S. Department of Education, the Carnegie Corporation of New York, and the Fulbright Distinguished Awards in Teaching Program. She has given speeches and presented on panels before numerous organizations, including the American Educational Research Association, American Enterprise Institute, Aspen Institute, Council of Chief State School Officers, Democrats for Education Reform, Education Trust, Education Writers Association, Fordham Institute, National Education Association, and National Governors’ Association.

Alice earned a BA with honors in political science from Gettysburg College, and was set to complete an MA in policy management from Georgetown University when she was recruited by Representative Miller’s office.  Alice lives with her husband and two sons in Maryland.