Viranchi Patel from Auckland is at Stanford University in California on his Fulbright-EQC Graduate Award in Natural Disaster Research. He is completing his Master of Science degree in Civil Engineering, specialising in structural and earthquake engineering. He graduated from The University of Auckland in 2014 with a BE (Hons) and BCom.

Why did you decide to study at Stanford?

With my study being focused on earthquake engineering, I was particularly interested in colleges in California due to its high seismicity. I always knew of Stanford because of its reputation, but it was only after exploring their programme and courses in depth that I learnt Stanford is world-renowned for its knowledge of performance-based earthquake engineering, which is the most modern approach to designing and understanding how structures will behave in earthquakes. Being here, both the professors and my peers are very supportive and collaborative, and the learning environment is nurturing. Stanford’s campus is also the most beautiful I’ve ever seen. 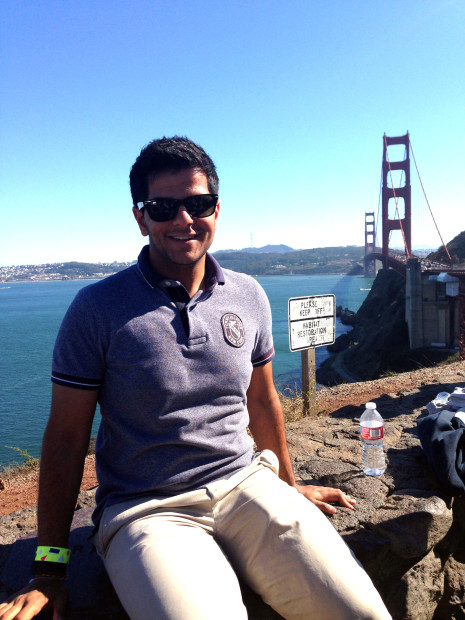 Tell us what your life on campus is like, both socially and academically

Stanford is different to most colleges in the U.S. (and likely all colleges in New Zealand) in that its academic year consists of three 10-week long quarters as opposed to two longer semesters. The quarter system has been extremely fast paced, but it has allowed me to take a wider variety of courses since I get three sets of courses per academic year. Even though the quarters are only ten weeks, the pace and intensity of grad school means we still delve deep and gain a comprehensive understanding of the subject.

Stanford is very social and there are always social events being planned by various groups across campus. Our department in the past has organized Halloween parties, Ski trips, picnics, and happy hours. I’ve been to a number of football games at our campus stadium, including the big annual Berkeley vs. Stanford game (which we won!). There are also various groups on campus that organise events throughout the quarter –the activities and fun things to do are limited only by you.

Stanford guarantees first year graduate students housing on campus or heavily subsidized apartments close to campus. I’m sharing an apartment with one other student on campus. We live amongst other graduate students in a cluster called Escondido Village, where we have a student rep who organizes additional social events and picnics every few weeks, which is a great way to get to know your neighbours.

Stanford has an international centre called Bechtel International Centre, and they were really great in the first couple of weeks of orientation, holding events essentially everyday, which really helped me make lots of friends before classes even started. Although I have a group of friends from my structural classes, my international group of friends is still very tight and it’s nice to have both! Bechtel organised events like trips up to San Francisco, The Golden Gate Bridge, and Muir Woods, as well as hosting the Rugby World Cup games. Bechtel and Fulbright also jointly held an event last month where Fulbrighters at Stanford had the opportunity to meet and have a discussion with the Deputy Secretary of State of the U.S., which was quite a unique experience.

How did your undergraduate studies in NZ prepare you for graduate work in America?

I did my civil engineering undergrad at the University of Auckland and I felt that I received en education with substantial technical rigour and depth to prepare me for the level of work here in the U.S. Although I didn’t take any specialist earthquake courses in my undergrad, earthquake-engineering principles were an integral part of most of my courses so I was given the perfect foundation to continue my studies here at Stanford.

How did you find applying to American universities?

I remember the experience as a little nerve-wracking, but the thought of applying to prestigious schools was exciting. The application processes for American universities are very long, but fortunately I was able to use a lot of material from my Fulbright application. The essays do take some time but they allow you to think deeply about what your future goals are and how graduate school will help you reach those goals.  I recommend getting as many people as possible to read your essays to maximise the feedback you receive – then you can pick and choose the comments you want to incorporate in your revised essays. 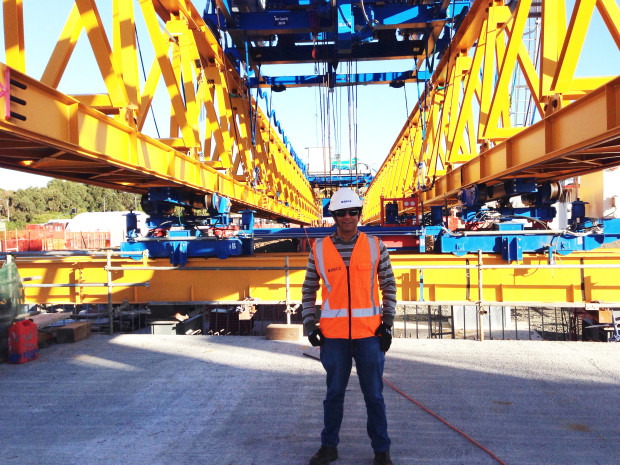 What advice would you offer to New Zealanders hoping to study at the graduate level in the US in future?

US colleges are expensive, so it’s important to look at the financial feasibility of studying in the States. I would also recommend allowing for some fluctuations in the exchange rate, as the NZ dollar weakened significantly from the time I budgeted to when I eventually reached to U.S. half a year later. I would highly recommend seeking out scholarships such as Fulbright as well as fellowships offered by your prospective college. Often getting college fellowships is difficult if you are pursuing a purely taught Masters, but you should still apply anyway. I only received my fellowship after personally emailing the department to follow up on my fellowship status; I don’t think I would have received it otherwise. Another way of offsetting the high tuition costs is being a teaching, course, or research assistant – where I’m studying I’ve noticed these going to the students proactive enough to personally approach professors to secure these positions.

Aside from the financials, once you start college be prepared to work hard as the pace is a lot faster. In my undergrad in New Zealand I was used to getting two to three weeks to complete assignments, whereas over here for each class we get weekly assignments that may even overlap such that you may have two assignments for one class at any given time. This means you constantly have things on your plate, but it is a great way of making sure you are on top of your material throughout the quarter. You may find the first few weeks of your graduate life overwhelming, but you will get used to it very quickly. Grad school is very demanding and will stretch you to your limit, but the growth and development you will see in yourself will be rewarding. Finally, take the time to build relationships with classmates and professors, as these are the people you will remember the many years after you graduate.

Have you thought about your plans post-graduation?

I have thought about potentially taking advantage of the post-academic training option that Fulbright offers. There is a lot of earthquake engineering knowledge on the West Coast and being able to cap my academic knowledge with some hands-on practical experience would be a useful asset to bring back to New Zealand.

What do you miss the most about home?

I miss my family and friends a lot as well as the unique New Zealand scenery, but I mostly miss my mum’s cooking!

What has surprised you the most about your time in the US?

The ubiquity of cash, especially being in the Bay Area – in New Zealand I was just fine getting around with my card, but over here cash if useful for many things, especially tipping. You do get used to having a rather fat wallet though, and there are apps that allow you to electronically transfer money between your friends. The West Coast is generally more laid back, and the culture surprisingly doesn’t differ too much from New Zealand. I’ve had to be a just slightly careful when insultingly joking with my American friends though – I don’t think “banter” is as common here as it is in New Zealand!

Finish this sentence: I believe international education is important because it brings together the diversity of thought and ideas from around the world, enhancing our ability to develop creative solutions to our most pressing global issues.

The Fulbright-EQC Graduate Award in Natural Disaster Research is for a promising graduate student to undertake postgraduate study or research at a US institution on the field of natural disaster research. One award valued at US$31,000 plus $4,000 travel funding is awarded each year. Applications close on 1 August annually.