Five years on from Fulbright: Kristian ‘Krit’ Schmidt on his life-changing exchange

Kristian ‘Krit’ Schmidt from Porirua used his 2010 Fulbright New Zealand General Graduate Award to complete his Master of Education in Comparative and International Education at Lehigh University in Bethlehem, Pennsylvania. He specialised in equity initiatives by US universities that target ethnic minorities. The main objective of his proposed research was to compare university equity ‘outreach’ initiatives targeted at ethnic minorities and low socio-economic groups, specifically Polynesian or Pacific, who are a product of the schooling systems in America and New Zealand.

His career shifted towards entertainment when he was selected as an MTV host after completing his Fulbright exchange. He now works as a VJ for MTV Australia and New Zealand. 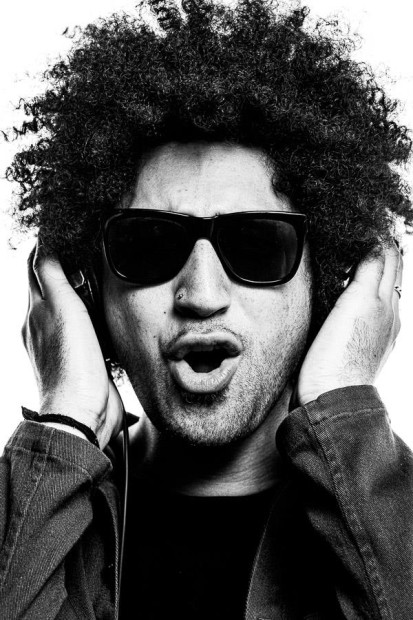 Why did you decide to study at Lehigh University?

The programme was a great match for my study objectives and it was on the east coast, close to New York and Philly.  It was also a huge help that they offered a full fee waiver.

Looking back, five years later, what have the benefits been to you personally and career-wise from your Fulbright experience?

Wow!  Has it been 5 years already?!  I grew so much academically, professionally and personally as a direct result of Fulbright.  My experiences in the US and the people I encountered really empowered me and strengthened me in ways I never imagined.   I returned to New Zealand ready to take on the world with a solid sense of purpose and people can see it.  I’m now working as a presenter for MTV, balancing my love of entertainment with my passion for young people and education.  It’s been a great platform to reach a wider audience and it just keeps growing.  Fulbright continues to play a huge part in where I am headed too so watch this space!

What are some of the most memorable moments of your time in the US on Fulbright?

So many!  In 2011, I became a Resident Assistant and somehow wound up being in charge of a frat house.  That’s around 30 or so smelly boys I was responsible for.  That’s not even the memorable part.  On Halloween that year there was a freak snowstorm.  This was unusually early as it was still the middle of Autumn and because of that, branches still had leaves and with all the snow adding to the weight on them, trees were crashing left, right and centre everywhere on campus.  The roads were a complete mess – cars absolutely smashed to pieces and power lines ripped from the poles.  This called for an emergency evacuation from campus.  No electricity for 6 days straight.  Being me though, I managed to find a power source off campus and recorded videos documenting the whole ordeal to entertain my classmates.  We turned ‘Snowpocalypse’ into a lot of fun.

What extra-curricular activities or groups were you involved with on campus?

You recently attended the ‘GPS 2016: Growing Pasifika Solutions for our young people’ conference. What were the key learnings for you?

Young people have a lot to learn but we still have so much to learn from them too.  We need to really listen to each other if we’re to learn how to best support one another.

What does leadership mean to you?

The Growing Pasifika Solutions conference was put together by Le Va and they’re a big fan of the Samoan proverb “o le ala I le pule o le tautua’.  Leadership is through service.  Leadership takes form in so many ways but it all comes down to giving to those who need it.  Whether it’s knowledge, advice or even just time.

Fulbright opens doors to tomorrow’s leaders and thinkers. What do you think are the most important qualities a leader can possess?

Having integrity and being teachable.  If you have integrity you are working from a place of truth and only good can come from that. Being teachable is important because there isn’t a single person out there who knows everything!  There’s always room for improvement and as a leader you need to be open to change if you are to grow.

As a young person with Pacific heritage, who were your inspirations or role models for leadership?

It started at home with me.  My family is my greatest source of inspiration starting with my Mum.  As with most immigrant families, it’s not easy starting over in a new country but they built a life for themselves and for us that we can all be proud of.  My Mum taught my siblings and me love and respect – for others and for ourselves.

If you could change one thing about New Zealand to inspire more Pacific young people to become and see themselves as future leaders, what would that be?

New Zealand leads the world in so many ways but there’s still a lot of room for improvement.  I’m going to have to say the education system.  It favours a particular type of student and that’s one that has money.  If we all had equal access to quality classrooms with great resources, there wouldn’t be any Pacific “success stories” left to be told because it would be the norm.

Tell us about your experience working for MTV. What were some of the highlights and what did you learn in that role?

My biggest highlight to date is working the MTV Movie Awards this year in LA.  They were so well done and it was packed out with amazing talent.  My cousin Dwayne ‘The Rock’ Johnson is a huge reason I got into the business in the first place so for him to be hosting the awards and me getting the opportunity to interview him there as a correspondent for MTV International is something really special for me and my family.

Being an MTV VJ is my first role in television so it’s definitely been a huge learning curve!   It might look glamorous but it can be pretty tough.  I’m blessed to have a solid network of family and friends because they’re essential to making it work.  I wouldn’t be where I am today if it wasn’t for all the support from other people including the support services I had as a student.  It’s only right I give back wherever I can and I encourage others to do the same so that we can all have the opportunity to make our mark.

What is coming up next for you in your life and career?

I see myself continuing to work across both Australia and New Zealand but also establishing a presence in the US.  Fulbright allowed me to really flourish in the US in so many ways and I feel it’s time for me to go back.  It’s where I belong at this stage of my life for me to reach my full potential and best serve my family and my community.

Finish the sentence: I believe international education is important because it allows us to connect with people around the world and the sooner we start to care about more than just ourselves, the sooner we can start to see real change.

Find out more about the Fulbright New Zealand General Graduate Award that Kristian ‘Krit’ Schmidt completed his exchange on, and if you’re eligible, here.