Harkness Fellowship to get the measure of winning cultures

Mr Coleman, of Wellington, is Strategic Adviser to the Chief of the New Zealand Defence Force. In a rigorous selection process, he was chosen from a pool of strong candidates for the prestigious Fellowship.

For over sixty years, Harkness Fellowships have enabled mid-career professionals who aspire to significant leadership roles within New Zealand, particularly in but not limited to the public sector, to benefit from new ideas, practices and contacts in the United States.

The Fellowships reinforce New Zealand-United States links by enabling aspiring leaders to benefit from a programme of personal study at a US research institution or other organisation.

Mr Coleman will use the Fellowship to travel to the United States in 2017 to learn from work undertaken within the U.S. military measuring and understanding the cultural traits of organisations. His project is entitled: ‘Culture counts, so let’s count culture: Considering quantitative tools for supporting culture-change in the public sector, with a specific focus on enhancing military  integration’. 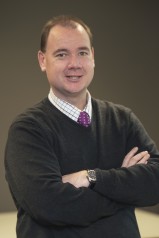 Mr Coleman says such tools offer Defence Force leaders, as well as leaders in the wider public sector, the potential to more deliberately use culture for achieving organisational success.

“As we’ve seen from the Defence Force’s response to Kaikoura over this past week, our Defence Force is far more joined-up than the historically autonomous Navy, Army and Air Force,” he says.

“There is scope for the cohesion we’ve achieved at our ‘sharp end’ to be replicated in many other areas of the Defence Force, for example, in our training schools, or how we provide health services. But we know from experience such reforms can fail because they are too big a challenge to our people’s sense of identity.

“Understanding how projects might impact our cultural settings, or even being able to deliberately calibrate the pace and extent of change to our culture, would be really useful.

The Harkness Fellowship programme in New Zealand has supported more than 100 talented people to pursue study and research programmes in the United States. Many have gone on to become leaders in their profession and to make outstanding contributions to science and technology, health care and education, economics and public sector leadership.

“The Trust Board is delighted to announce Peter Coleman’s appointment and to welcome him to our programme,” Mr Tanner says.