New Zealand Harkness Fellowship: An insight into the US criminal justice system

General Manager of Sector Strategy, Aphra Green, recently spent 3 months in the United States as the New Zealand Harkness Fellow. Her focus was on the ways in which US justice agencies are supporting evidence-based criminal justice reforms, with a particular focus on pretrial decision-making. She was based with the National Institute of Corrections, part of the Federal Department of Justice, in Washington DC, and also visited other agencies in New York, Virginia, Wisconsin and California. Justice Matters, the Ministry of Justice publication, asked her about her experience. 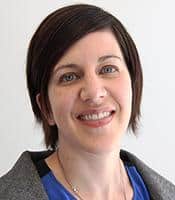 What are the biggest differences between the US and NZ criminal justice systems?

The biggest difference is the complexity and scale of the US criminal justice system compared to New Zealand. Unlike this country, the US doesn’t have a single criminal justice system. Rather, there is the federal system (for the most serious crimes), and then state systems (for other serious crimes and everything else). Even states are separated into counties for the purposes of law enforcement, which means there are multiple police forces and different ways of doing things.

In the pre-trial area, the most notable difference is the use of money as security to ensure people return to court for their trial (used in most jurisdictions), and the existence of pre-trial services to supervise those on bail in the community – neither of which we have here.

What were your key findings?

It would be foolhardy to suggest that we should copy anything that the US is doing wholesale. However, there is much we can learn from them in relation to the implementation of pretrial risk assessment.

In my view, the US experience demonstrates that an incremental approach is needed to ensure the success of decisionmaking tools in this area. In addition, some of the ways that the US has encouraged criminal justice reform is useful to think about for the New Zealand context.

In particular, there is a big emphasis on collaboration by all key decision-makers in the criminal justice system, from administrators to district attorneys, defence counsel, judges, the local sheriff and the local jail superintendent.

To collaborate for change, there needs to be courageous leadership, capacity building, commitment, creativity, constructive conversations, and – in the American way – a bit of competition. It is these ingredients that contribute to a high level of trust among justice system partners, creating an environment where the question, ‘what does the evidence say about that?’ becomes the norm. Ultimately, they create the context for evidence-based reform, where people who are accustomed to being adversaries suddenly find themselves collaborating to improve the justice system in ways they can all agree on.

What were some of the highlights of your time in the US?

Where do I begin? The whole trip was amazing experience on both a professional and personal front. Standout experiences included:

• sitting in on probation service interviews in California – one of which, with an ex-heroin addict, was particularly powerful

• working alongside and meeting all the smart people committed to pre-trial and evidence-based criminal justice reform in the US • and even line dancing in Denver, Colorado with a judge.

This is republished with permission from the Ministry of Justice publication Justice Matters.