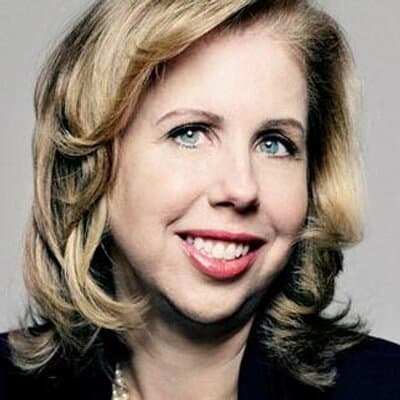 Ms Gibbs, based in New York, oversees the domestic, international and tablet publications of TIME magazine, TIME.com, TIME mobile and TIME for Kids. She is the first woman to be the Editor of the iconic publication.

One of the most published writers in the history of TIME, Ms Gibbs has been an essayist and lead writer on virtually every major news event of the past two decades including four presidential campaigns and the September 11 attacks. She has written more TIME cover stories than any other writer in its history.

Ms Gibbs is the co-author, along with TIME’s Michael Duffy, of two best-selling presidential histories: “The President’s Club: Inside the World’s Most Exclusive Fraternity” (2012), which spent 30 weeks on the New York Times Bestseller list, and “The Preacher and the Presidents: Billy Graham in the White House” (2007).

Having overseen TIME’s transition to a fully digital newsroom, and as the mother of two daughters raised in the first generation to grow up with lifelong internet connectivity, she has a strong interest in the impacts of technology. Ms Gibbs is a respected commentator on politics and values in the United States.

Ms Gibbs will deliver public lectures on the topic of ‘Our tools, our brains, our souls: the transformations of technology’, in Wellington on 29 July and Auckland on 30 July.

“It is a delight to bring esteemed TIME Editor Nancy Gibbs to New Zealand as the 2015 Kennedy Fellow. Nancy is a talented writer, editor and leader at the top of her field and I’m sure will be an inspiration to New Zealanders who hear her thought-provoking lecture on the impact of digital tools on every aspect of our lives as well as how we get news,” Ms Borland says.

“I recently met with Nancy in New York to discuss her visit. It will be her first time to New Zealand and she is very much looking forward to seeing the beauty of our country and meeting with New Zealanders to find out more about their views and experiences.”

The John F. Kennedy Memorial Fellowship was created following the death of President John F. Kennedy, for the purpose of bringing eminent Americans to New Zealand for speaking and teaching engagements in honour of the late President.

The Fellowship is administered by Fulbright New Zealand, and executed in partnership with the New Zealand Ministry of Foreign Affairs & Trade and the Embassy of the United States of America, Wellington.

Our tools, our brains, our souls: the transformations of technology.

All through human history, we have acquired tools before we fully understood their power. Nowhere is this more true than the digital tools that have changed everything about how we live, work, play, learn, shop, vote, parent. In the next five years, the amount of digital data will grow to 44 trillion gigabytes; more than a billion smartphones were sold last year.  The promise of this technology is limitless, for growth, health, education, communication; but the changes are coming so fast that it is hard to step back and consider whether it is true that the Internet “democratizes the good and disrupts the bad.” How do we as families, communities, societies, monitor the impact of technologies that are so powerful and so deeply embedded in our daily lives?

Entrance to the lectures will be free. General admission registrations will be open at www.fulbright.org.nz from Wednesday 15 July.

The Kennedy Fellowship, administered by Fulbright New Zealand, is for New Zealand organisations and institutions to bring eminent Americans to New Zealand on high profile visits.

Following the death of President John F Kennedy in November 1963 it was felt in New Zealand that a memorial to this highly respected and popular United States President should be established. The Prime Minister, Keith Holyoake, announced on 26 November that The Kennedy Memorial Fund would be established as a permanent memorial to the life and work of the President. In a statement to the press on 12 December the Prime Minister announced Mrs Kennedy’s approval of the plan, and appealed for public contributions. Ultimately £15,000 was raised publicly and when added to the initial New Zealand Government contribution of £15,000 gave a total of £30,000.

Until May 1973 the Trust was administered by the New Zealand Department of External Affairs/Ministry of Foreign Affairs in consultation with the Prime Minister of the day. Difficulties in identifying suitable candidates for the Fellowship meant that the Board of the NZ-US Educational Foundation (Fulbright New Zealand) was asked to become the Board of Trustees of the Fellowship.

The fund was established “for the purpose of bringing eminent Americans to New Zealand for speaking and teaching engagements in honour of the late President John Fitzgerald Kennedy“. Those invited are chosen for their capacity to contribute towards a closer understanding between the peoples of the United States and New Zealand, and their ability to illuminate the ideals and purposes to which John F Kennedy dedicated his life.

There have been 18 Kennedy Fellows in the years the Fellowship has been operational. The first Fellow was Theodore C Sorrensen who had been an assistant to President Kennedy and had worked closely with him. The second Fellow was Thurgood Marshall, the first African-American Justice of the Supreme Court. Subsequent Kennedy Fellows have come from the fields of architecture, civil rights, foreign policy, literature, history, education, management, leadership and economics.

Fulbright New Zealand was established in 1948 to promote mutual understanding through educational and cultural exchanges between New Zealand and the United States of America. The Fulbright programme offers a range of prestigious awards for New Zealand and American graduate students, academics, artists and professionals to study, research, teach and present their work in each other’s countries. Fulbright New Zealand offers over 70 exchange awards each year – half to students and half to scholars – and more than 3,000 New Zealanders and Americans have benefited from a Fulbright award to date. The programme is mainly funded by the US and New Zealand governments with additional funding from award sponsors, private philanthropists and alumni donors.