Taxes and Poverty in New Zealand: The impact of the tax and benefit systems on low-income New Zealanders 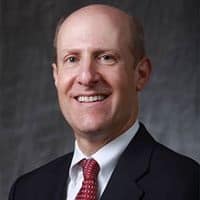 David S. Liebschutz is the principal of DSLeadership, LLC, a consulting and coaching firm specializing in leadership training and long-term planning.  In addition, he is a long-term public service professor at the University at Albany’s Rockefeller College of Public Affairs, where he teaches a graduate seminar in law and public policy and an undergraduate leadership course.  He is also an adjunct professor of management at Siena College, where he has taught micro and macroeconomics, law and economics and the strategic management senior capstone course. Mr. Liebschutz spent 1999 in Wellington, New Zealand as an Ian Axford Fellow and serves as a member of the fellowship selection committee.   He is the author of numerous academic articles and co-wrote the book State Tax Relief for the Poor, and serves in leadership roles on several volunteer boards and committees.  Mr. Liebschutz is a former Hillel Foundation executive director (2000-2004 at the University at Albany) and a past-president of B’nai Sholom Reform Congregation. He is a board-certified life coach and earned his undergraduate degree in economics from Yale University and holds law and policy degrees from Duke University.

This report was done under the sponsorship of the Ian Axford (New Zealand) Fellowships in Public Policy. It presents a summary of the major issues surrounding the interface between the tax and social welfare systems in New Zealand, particularly as they affect those in transition from dependence on the social welfare system to independence from it.

The paper first looks at how the systems evolved to their current state and what their basic structure is. It then explores the views of various players within the tax and benefit systems and proposes an analytic framework from which to judge future programmatic initiatives.

Finally, it proposes that in order to increase the level of the debate and the dialogue in this area, there should be some new initiatives tried such as increased programme evaluation, enhanced work incentives and simplified benefit programmes.